Posted On March 7, 2014 By Renée Rapin In Buzzworthy, The Scene

WTF News: Crocodile-Eating Snakes, A Man Who Nose How to Type, and More!

This week, the state of Massachusetts declared upskirt photos totally legal. For those of you who do not know, an “upskirt” photo is one where someone takes a secret photograph underneath another person’s clothing. This often occurs to women wearing skirts.

The high court ruled that this did not violate the law because the women photographed were not nude or even partially nude. The case that took this issue to court involves Michael Robertson, who was arrested in 2010 for taking photos on his cell phone underneath women’s skirts. There is a current statute which prohibits secretly photographing a person who is nude or partially nude. Many have been arguing whether or not upskirt photos should fall under this category. Robertson’s lawyer argued the women were not in a place where an expectation of privacy was required.

So ladies, next time you visit Massachusetts I suggest you wear pants.

OMG GUYS. A world record was broken this week! What for you ask? Well. Typing with your nose. 23-year old Mohammed Khurshid Hussain set a world record for typing the fastest with his nose. In 47.44 seconds he typed out, “Guinness World Records have challenged me to type this sentence using my nose in the fastest time.” He takes “nose to the grind” literally.

He beat the old record by a whopping 45 seconds. Mohammed also holds the record for typing the English alphabet in 3.43 seconds.

He must have been a class favorite in Kindergarden.

So this one’s really creepy. Walter Williams of Mississippi was declared dead on Wednesday. A coroner checked his pulse and claims there was nothing – he was definitely dead. Williams was then placed in a body bag and taken to a funeral home. However, the body bag suddenly started moving. He was in the embalming room when his legs started to kick and his breathing started up. Williams was immediately transferred to the hospital. 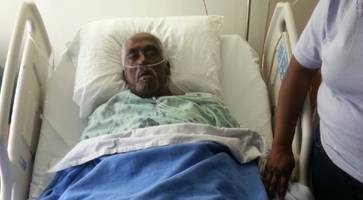 He is doing just fine and his family is thrilled he will be staying with them longer. If I were the Coroner on duty I think I’d retire and officially be freaked out for the rest of my life.

In one corner of the ring we have a 3-foot Australian crocodile. In the other corner we have 10-foot Australian Python. Both are from Australia which means they are absolutely f****ing crazy. Who will be our champion?! Marvin Muller and Tiffany Corlis watched the whole battle over several hours. The snake fought and strangled the croc for 5 hours. It then proceeded to swallow the entire crocodile whole. According to snake experts, it is not uncommon for snakes to tackle large prey. This python should totally compete against Adam Richmond. Talk about some indigestion.

Apparently this snake will be full for a month. I can’t wait to see his next victim. Also, another NOPE for visiting Australia.