Posted On August 1, 2014 By Renée Rapin In Buzzworthy, The Scene

Illegal Asses on the Rise

Females in the United States are taking Sir Mixalot too seriously. Due to a push from hip hop culture and peers, women are feeling more and more pressure to have large behinds. Often they turn to cosmetic surgery to enhance their buttocks. However, this procedure is quite costly, so females are turning to illegal and dangerous “underground” doctors to help them reach the perfect “Coca-cola shaped body.” Often the results are successful at first. But over time, their butts become saggy, bruised and painful. There  are even cases of death. Death from behind! The amount of butt enlarging surgeries has grown 80% in the last decade. These fake doctors often use substances composed of cement, glue, and tire sealant. Um, gross. Professional doctors who fix these issues claim they’ve pulled all sorts of weird substances from people’s butts – including olive oil and super glue. So, if you want a big butt you either pay the big bucks or get cement in your ass. Here’s an idea, do some squats.

Pitbull, stop with the peer pressure.

There’s this ancient form of football in Italy called Calcio Fiorentino. It’s basically rugby, but players get to use whatever means they want to advance or stop the ball. And by any means, I mean ANY means. So, what you’ll see is a bunch of players beating the crap out of each other, sitting on each other, standing around, etc. It’s basically a bunch of shirtless men with too much testosterone. Oh and the best part? If your team wins you get a cow. YES. I love their pants.

If you want to watch an actual game…:

This is just disgraceful. A mother dressed her 4 year old daughter as a Hooters waitress for a beauty pageant. What is wrong with this mother? Doesn’t she know you have to have boobs to wear an outfit like that? Jeez. That child clearly does not complete the outfit.

Just kidding guys. But anyways. This really is sad and another example of what is wrong with this world. The mother claims she was just “accessorizing” her child. Hmmm….

There’s An Island Full of Cats

Yep. A small island near Buffalo, NY has become overrun with cats. Over the years, people have abandoned unwanted cats on this small 85 acre piece of land. As the years have gone by, and the cats have reproduced, there are now hundreds of felines living on the island. However, a local woman has started the Operation Island Cats program to help stop the spread of cats. I say she leaves them be. Let’s come back in 5 years and see what happens. Their might be a class system installed. Actually I could totally see a society of cats run by a monarchy. The queen cat would be the bitchy looking white cat from the Fancy Feast commercials. Don’t tell me you wouldn’t want to visit. 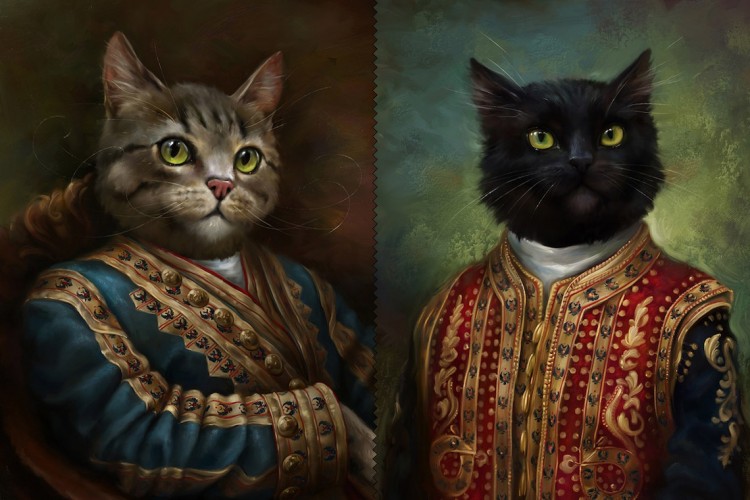