Posted On January 30, 2014 By Brian Wray In Sports, Sports Takes

It’s that time again, when multiple American sporting events collide to make February ‘National Sports Patriotism Month’ (that’s my phrase, consider it copy written). Allow me to break down the national contests YOU should know about… Normally I wouldn’t include this event as being something you should check out, since I am the only one in America who ever watches Davis Cup (usually by myself, in a dark room). But these are pretty special circumstances. For the first time in tennis history, matches will be played in an outdoor American baseball stadium. Stealing the NHL’s idea of games played on baseball fields, Petco Park in San Diego will host this weekend’s Davis Cup tie between the United States and Great Britain. Sounds fun, right? Only fitting that these two countries have the oldest Davis Cup rivalry in the world, first meeting back in 1900. Not to mention that multiple grand slam singles’ champ Andy Murray is going for Britain, as well as the best men’s doubles team in history, the Bryan Brothers, will be competing for the US. It should be an electric atmosphere down there if you’re thinking about attending. If not, it’ll be broadcasted on Tennis Channel (bet you’re wishing you had DIRECTV about now). 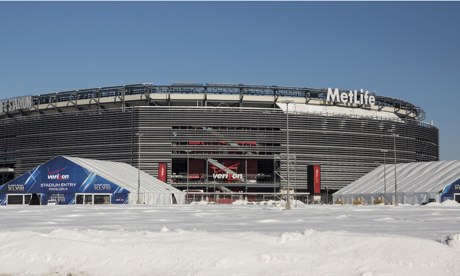 Doesn’t get more American than spending a Sunday watching pigskin. But in all seriousness, the matchup between Denver and Seattle definitely has the makings of a great game. Which hasn’t always been the case in past Super Bowls. Just ask either Buffalo Bills fans, or John Elway before he had Terrell Davis to hand off to. I would elaborate on this game some more but I think others on this site have it well analyzed. So imma move on…

Sochi. It sounds like a PBS Kids cartoon animal. Turns out, it’s a town in Russia. Weird. What was I going to say? Oh yeah…. It’s the Olympics! This is the main reason why February 2014 is so patriotic in the sports world. Fans around the world can support their country for two special weeks. Watch our great American Winter Olympians take on the frigid environment and abundance of words with consonances in Russia. I suggest you devise a drinking game with a bottle of your best Stolichnaya.

TAKE A SHOT EVERY TIME…

And… actually, I’ll stop there. These 3 are enough to get you through the bottle.

So enjoy the action, from San Diego to New Jersey, and across the globe to Sochi. This February, there’s plenty of red, white, and blue to go around.