Growing Up, I Feared My Dad; Today, I Thank Him For It

Living under the rule of a federal agent made me a resentful adolescent. But it made me who I am today.

“Wait till your father finds out.” Those dreadful words haunted me for most of my adolescence. My brothers and I were raised under the strict ruling of Dad (“The Dictator”) and Mom (“The Enforcer”). And much like a totalitarian state, there was no compromise or negotiation, and speaking out against the authoritative duo was intolerable. Similarly, in the event we were able to speak in our defense, our argument was generally invalid. Between his own upbringing and career path, my Dad has always had a very structured and disciplined lifestyle. So it was no surprise that he wanted the same for us. There was never a doubt in my mind that Dad meant business…in every aspect of our lives. As an ignorant adolescent, I thought his expectations were unreasonably high. But in fact, they were very traditional and inarguable. Get good grades, work hard at everything, and stay out of trouble. It was the restrictions and consequences that didn’t sit well with me, especially the hormonal teenage version of me.

As the only daughter of three, I was always kept on a shorter leash than my brothers. And that leash got much shorter when I entered High School. While most of my friends had more freedom, I was more on Dad’s radar than ever. That being said, I rarely tested the boundaries, but you can bet that the few occasions I did were lessons learned. Throwback Thursday to the time I didn’t make curfew and came home to my Dad pacing back and forth in the middle of the street, hashtag busted. And dating? Forget it. “Not til you’re thirty,” he’d say. Which didn’t matter anyways because for some reason when guys imagined meeting my dad for the first time, their mind immediately went to the scene in Meet the Parents when Robert Deniro has Ben Stiller hooked up to a lie detector. There was always a lot of speculation though. So just to set the record straight, yes, I was that girl that changed her outfit once she left the house, and no, I was never followed by his fellow undercover agents or subjected to an actual tracking device. Dad did however execute alternative tracking tactics. My personal favorite was the infamous phone call to ensure there was parental supervision wherever I went. You know, the “I just want to call and thank them for having you” line. Cue eye-roll (his second biggest pet peeve). His first? Lying. Lying to someone who interrogates international terrorists and criminal masterminds for a living was not in my best interest, neither was withholding information. 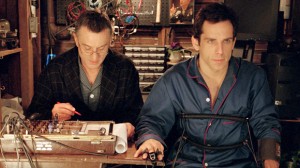 The MacGyver of Dads

Dad knew everything, nothing got by him. I guess it came with the territory? That was the scary part. I mean he’s literally trained to detect inaccuracy and deception. Sure, like most adolescents I found ways around rules and restrictions…unfortunately MacGyver Dad found them first- found, anticipated, and aborted. He never cursed or laid a hand on us, but for some reason I feared his wrath. Maybe it was the serious tone in his voice, or the long-winded lecture we endured standing at attention, or maybe it was the anticipation of another house arrest sentence. In his defense, Dad always forewarned us of the consequences. “TEST ME,” he’d say. Ironically, those two words alone instilled enough fear in me to do the exact opposite.

Anytime the ruling was not in our favor, Dad would always say, “I’m the bad guy again, but that’s fine.” I think because he knew someone had to be and so he assumed the position, just like his Father did. As a result, I was always closer to my mom growing up and often looked to her for an appeal. 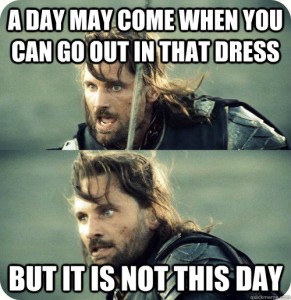 “One Day You’ll Thank Me”

Assuming it was common knowledge, I recently joked around with my Dad about how I was too scared of him to rebel when I was growing up. Well to my surprise, it wasn’t common knowledge to him, so I felt bad when I found out he told a friend of his how shocked he was to hear that. But what I forgot to mention is that I wouldn’t have had it any other way. Back then I would have told you I was the complete opposite of my Dad, and today, I proudly admit that I am more like my Dad than I ever imagined possible. When I think back to the times where he started loosening the reins on me, I realize they were pivotal turning points in my life- when I graduated high school, my 21st birthday, and finally when I graduated college. And it wasn’t easy getting there. I struggled, academically, in both high school and college. But what got me through it wasn’t the childish fear I once had of my Dad, it was the fear of disappointing him…letting down my biggest fan. My Dad held onto those reins until I was ready for him to let go. He steered me in the direction of my goals and empowered me to achieve them. He gave me everything I needed to not only be successful, but to be the best version of myself. My dad held me to the highest of standards because he knew I was capable of achieving them. More importantly, he taught me to hold myself to those standards, as well as the people I surround myself with. “One day you’ll thank me”, he used to say. If there’s one thing I’ve learned in the past 26 years, it’s that despite everything, my Dad was always right (for the most part). And he was right about this too. So Dad, for everything….thank you.