Posted On July 5, 2014 By Hunter Simmons In Advice For Men, Lifestyle, Manzone

My fiancée would argue that I am extremely resistant to trying new things, and for the most part, she’s completely correct. I usually live and die by the “if it ain’t broke, don’t fix it” motto, especially when it comes to my diet. What makes it even worse is that my pickiness is at an extreme. With food, for example, I routinely feast on the following: cheese pizza, bean and rice burritos, macaroni and cheese, plain bagels, and other assortments of bread. I should be the size of a house, but thankfully my metabolism is still keeping pace. My other habits largely fall in line with this simplistic approach to my lifestyle. I simply have never been a fan of trying new things.

I believe for the most part I represent an extreme. However, everyone at some point or another has said “no” to something because it was foreign, unfamiliar, intimidating, or any combination of feelings that simply make people uncomfortable. What, then, becomes the best way to overcome our fears or discomforts? Peyton Reed attempted to answer this question with the direction of the 2008 movie “Yes Man,” starring Jim Carrey and Zooey Deschanel. While not an incredibly compelling film on its own, we learn that if we simply say “yes” a little more than we tend to, we may in fact expose ourselves to a fulfilling life we never thought possible. 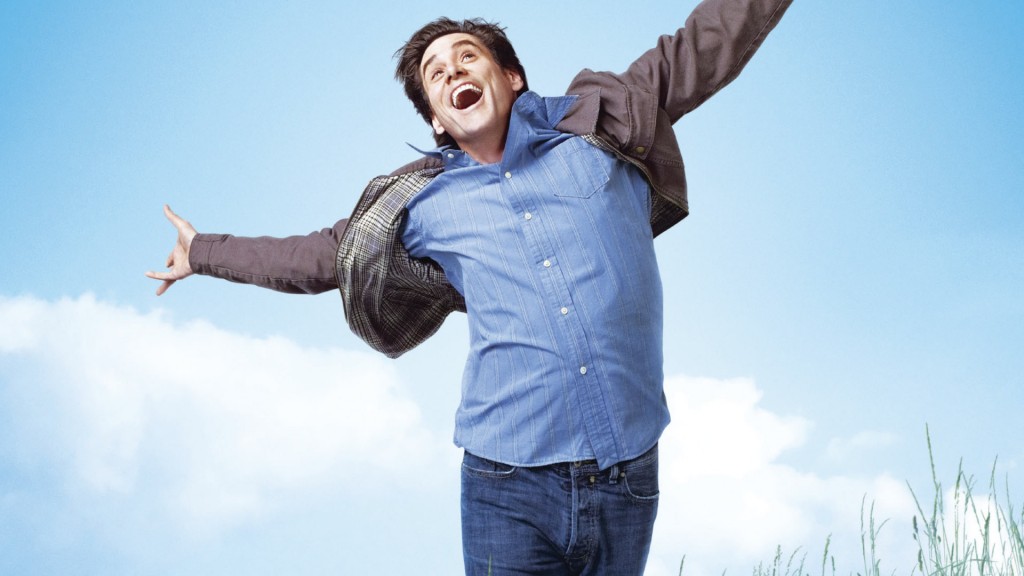 I’m not saying you’ll look THIS stoked on life if you say “yes” more, but you never know.

I know, my second post for Writtalin suddenly took a vague, metacognitive turn, but bear with me. I write to you following the success of my bachelor party and subsequent revelations about using the word “yes” more often. Considering that I do not drink, my bachelor party went as well as I could have expected it to. Started off with a round of 18 holes in the morning with my friends, we transitioned into the evening by racing at the indoor K1 Speed circuit and going out to a dueling pianos bar in downtown San Diego.

For those of you who have not been to such a bar, I strongly recommend going. It may sound corny, especially if you’re the EDC-type, but we all had a blast. This particular venue sported a drum set, and if you are willing to tip a little extra, the piano players allow you to jam with them on stage. In front of everyone. I like to drum, but public performing has never been easy for me. Whether it was the occasion or someone spiking my Diet Coke, I finally mustered up the courage to drum along to “Don’t Stop Believin’,” and it was amazing.

I did something that I had never done, and perhaps never would have done if the stars hadn’t aligned on that night, but I learned a valuable lesson: break out of your comfort zone. If you can do so without liquid courage, the experience and memories will be all the more rewarding. Worst-case scenario: you try something and it fails miserably, but at least you can say you tried, which is much more than most others can say.