Posted On August 14, 2014 By Lucy Enright In Lifestyle, Miscellaneous

Three Types of People Every NYC Commuter Tries to Avoid

The NYC rush hour commute is a test of patience, awareness, and morality; all of which, most commuters lack. That said, it is beyond my comprehension why anyone would think occupying city sidewalks as a human roadblock at this time is a good idea. And I’m not just referring to the thousands of city goers with no concept of their surroundings either. I mean those obnoxious, tactless, less-of-a-human individuals who have made it their purpose in life to stand between commuters and their destinations. Whether it’s a comedy show or a new religious perspective, they’re always trying to sell you something that you probably would never want in general, let alone at 8 am on a Monday. Look, I get it, everyone’s trying to make a living, but there’s a time and place for it that isn’t smack in the middle of midtown sidewalks during rush hour. 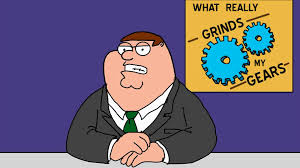 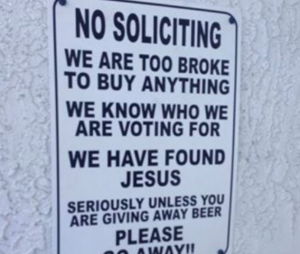 The People Handing Out Flyers

I have little to no tolerance for any individual who sticks a flyer in my face after I’ve declined to take one. If I didn’t want one when they first offered, why would they think I’d want it any more when it’s shoved in my face? Their approach is all wrong, not to mention they’re targeting the wrong audience. I mean, why they’re trying to get business professionals rushing to work to stop and take a double decker bus tour is beyond me. Ignorance isn’t bliss – it’s counterproductive. 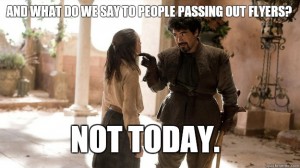 The People Trying to “Save” You

Then there’s the religious activists. Pretty ballsy ones too. Religion is a sensitive subject as it is, so I would think anyone in their right mind would exercise some sort of common decency. Which leads me to believe that most of these foot soldiers of God (or whatever they refer to themselves as) are not in their right mind. Again, there’s a time and place for it that isn’t 7:30 am after just missing the express train. I kid you not, that happened. No more than a second after I sat down, a woman knelt on the seat in front of me, draped herself over the back of her seat, and violated my personal space with one of her “God is the Answer” pamphlets. She was about 3 seconds into her mumbling rant about “saving me” when I stopped her and mumbled some unholy words of my own. Save me? From what, my hangover? Hey lady, does your pamphlet come with advil and Gatorade, maybe an egg and cheese? Or did my too-hungover-to-care, recycled smokey-eye give you the idea that I had a late night working the corner? The whole grass roots marketing approach is great…for some industries. In this case, it’s a great way to aggravate the already aggravated. My advice? Practice what you preach. You want to “save” someone? Save yourself and get out of my face. 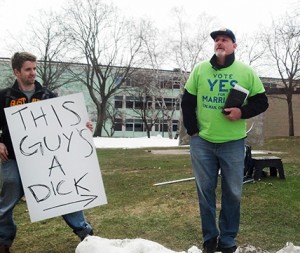 And what would NYC be without the street preachers? More specifically, the anti-abortionists, who (ironically) probably should’ve been aborted. Nothing fires me up like a group of assholes abusing the freedom of speech by shoving their biblical psycho babble down people’s throats. And as if that’s not enough to piss off civilians, they have to wave around grotesque images that are as offensive as their lack of personal hygiene. I’ll usually take this opportunity to exercise my own freedom of speech and ask them for directions to the nearest abortion clinic – solely for the reaction. It’s thrilling. As much as I’d like to take the highroad on this one, I’d really like to take any road they’re not standing in the middle of. 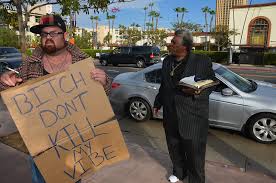 Stylish Home Decor Trends to Watch Out for in 2022