Posted On April 3, 2014 By Kelsey Darling In Miscellaneous

In honor and celebration of my birthday, which marks 23 years of stinky cheese breath, I offer you 23 confessions of my very own…

1. My first official confession was at the guilty age of 8, when I confessed to my Catholic priest, before my first communion, that I sometimes committed the grave sin of lying to my mother when she asked if I had brushed my teeth.  One should never lie about dental hygiene.

2. In 2nd grade my meanest, cruelest act of bullying was telling a girl that the red wax from my cheese was a fruit roll up and watching her eat it.

3. When I was a little too old, I used to wipe my boogers in library books.  I don’t know why I did this because I love books.  Maybe I was looking for a unique way to mark my territory.  Weirdest form of vandalism.  I’m sure the librarians loved it.

4. I also had a designated booger wall in my closet where I would wipe my goopy juicers.  (At least I didn’t eat them, right?)

5. In elementary school, my friend Michelle and I used to pretend to like boys.  We would torment them with chasing games and phony flirting.  Once, at a community dance, we both pretended to like this pudger named Logan.  We slow danced with him and at the end, lifted his Hawaiian-flowered over-shirt above his head and sort of used it as a CPR barrier to kiss his lips.  You couldn’t be too careful with cooties back then, especially with boys you didn’t actually like.

6. When we were younger my cousin and I painted her little brother’s back with nail polish.  He didn’t seem to mind, and we got a blank canvas for our creative expression, but my aunt wasn’t too pleased.

7. During a sibling sleepover at my cousin’s house, my sister carried out some now-forgotten act that warranted revenge.  So I found a clump of golden retriever hair ball on the ground and set it on top of her retainer like a crown.  After her initial freak out, my uncle tried to smooth things over by boiling the retainer.  It shrank.

8. When I was about 9 or 10 I went with my family to my brother’s T-ball game.  For whatever reason, there were no available bathrooms, so my aunt dragged all the girl cousins into her van where she gave us pull-ups to put on and pee in.  I didn’t have to go that bad.

9. When I started wearing training bras, I hated them.  My mom used to check my back for bra straps before she’d let me go to school because she knew I didn’t like wearing them.  I tried, without success, to devise a contraption made out of pipe cleaners that would fool her.  Now that I’m an adult, I can just opt out of wearing a bra.  And some people even like that sort of thing.  So there, mother.  All of that training for nothing. 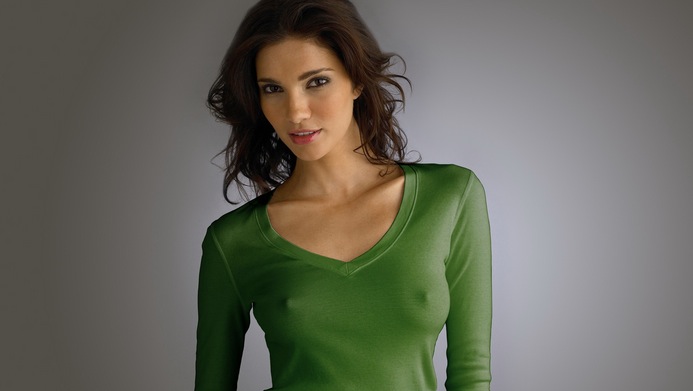 10. I don’t want to brag or anything, but I held the elite position of the PM Lieutenant of After-School Safety Patrol at my elementary school in 6th grade.  Each Friday, the Lieutenants were given a bag of candy to dole out to their troops–one piece each.  I was a bit entitled and obsessed with candy, so I would steal handfuls for myself.

11. When I was a disgusting cretin of puberty, at the attractive age of 13, I wore my hip-length hair in two long, braided pigtails every single day.  Every. Single. Day.  It was horrifying.  My mother was so desperate she bribed me with $20 to chop it off.  I had made the decision to cut my hair on my own anyways, but 2o bucks didn’t hurt.

13. In high school I used to write pretend anonymous love letters to boys in my class.  I even sprayed them with grandma perfume and signed with lipstick kisses for authenticity.  Usually they were on weird leftover scrapbook paper that belonged to my mother.

14. When I was a freshman in college I wrote something mean about my randomly-assigned roommate in my journal.  She read it and was so horribly offended that she decided to move out 1 month before school was over.  And I thought the dislike was mutual.

15. When I was 19 I spent the night with my friend’s 49 year-old uncle.  It definitely wasn’t a Mary Kate and Ashley sleepover.

16. When I was a sophomore in college, my friends and I invited a stranger into our dorm room to pose naked while we sketched him. Chas advertised himself as some fun ladies night entertainment, a skilled life-drawing model.  My best friend Brittany and I approached him on the street – “Chas…?” we asked a handsome-faced 40ish man in a homeless man’s beat up old jacket.  We took him home and he changed into his robe. As the 5 of us ladies drew his manly physique on our Dollar Tree children’s sketch pads, we listened to my specially-crafted Chas playlist.  An hour prior, it was funny to add Mickey Avalon’s “My Dick.”  When confronted with a stranger’s naked dick, it was not so funny.


17. I decided to pay it forward a few months ago when I saw an ad on Craigslist recruiting for nude life models at an art studio.  It was easily the hardest job I have ever done because it was so boring!  I skip counted backwards by 3’s, I reviewed my multiplication tables, I sang songs in my head, I even made up a life story for each artist.  Only the bell at the end of the tunnel kept me going as I drooled over the crunchy goodness from Taco Bell that I would soon enjoy.

18. One time I took someone’s virginity and then never really talked to them again.  Oops.

19. When I was working as a camp counselor, I took secret pleasure in the fact that during cleaning, the camper who found somebody’s wadded up dirty panties was the one who had an attitude problem. Karma!

20. I thought I might be gay one summer.  Turns out I’m not, but I think my mother still wonders.

21. I have never pretended to be Mormon more than I have in the past 4 months of my life that I’ve spent in Utah.  I’m usually pretty good at passing now that my nose ring is gone.  When I went Mormon speed-dating things were going incredibly well until one of my 5 minute dates decided to play an electrifying game of Pictionary with me.  I shouldn’t have been surprised, but it was immediately clear that he was drawing some religious scene.  My clue was “This is Joseph Smith.” I was going to give it a good guess, but I didn’t want to sound like the dumbest Mormon ever if I got it wrong.  I had to come clean.

23. I seriously considered spending my birthday money from Grandma Darling on nipple piercings, but reconsidered when I imagined the future difficulties of not wearing a bra.