Posted On September 9, 2014 By Tyler Conroy In Movies

13 Things I Learned from The Lizzie McGuire Movie

Even though “The Lizzie McGuire Movie” came out 11 years ago (wow, doesn’t that make you feel old?), here are some things I reflected on while watching the VHS with my best girlfriends.

1. Never dance around your bathroom in heels.

As much as you love blasting music while you’re pre-gaming, or dancing around your bedroom after the shower (favorite hobby), beware of bathrooms, floor mats, and heels. I mean, seriously Lizzie, did you really think you weren’t going to slip and knockdown that shower curtain in those hushpuppies? Also foreshadowing as to why you shouldn’t have worn the same shoes to graduation.

Not only did she embarrass herself in front of her entire junior high and ruin graduation, it landed on Good Morning America before viral video fails on YouTube were even a thing. Let’s face it; no one dusts themselves off quite as well as Lizzie. Let her be your role model for making every day better and putting the past in the past.

3. Sometimes your best friend drops off the face of the earth.

Your friend may inexplicably drop off the face of the planet, but that’s ok because you’ll learn to rely on yourself a little bit more and realize just how strong you are. If you were wondering why Lizzie’s gal-pal Miranda wasn’t in the movie, it was because Miranda left the show for “personal reasons” before the series ended and opted out of the trip to Rome. While Lizzie was dreaming about kissing Aaron Carter, Miranda was doing meth and later went to rehab. But I mean, look at Nicole Richie. She went to rehab and now she has one of my favorite TV shows #CandidlyNicole. Miranda, take note!

4. If you think your little brother is out to ruin your life, he probably is. If you look up sabotage in the dictionary, there’s probably a photo of Max holding the #LizzieFiles. His “I miss my sister” speech should’ve won him an Oscar for life because he convinced his parents to drop thousands of dollars and fly him halfway across the world.

5. No one’s parents are as cool as Lizzie’s. 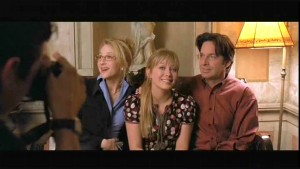 Seriously, can you tell me what parents would break into an international award show and then push their way to the front row just so they can sing and dance along with you. I mean, even if they were just trying to make sure their Lizzie was safe, I hope someday I’m singing at an award show and my mom pushes tween tots out of the way to be front row too.

6. You regret every outfit choice you thought was super cool

All of those frilly oversized button-down shirts Lizzie wore through the entirety of the movie I hope are now ashes in a fire-pit. And how many of those did you own? I mean, Lizzie, it was the early 2000s, I thought we were past that stage?

And what was the outfit you wore to rehearse with Paolo in? You looked like a gypsy that got dressed in the dark. Ok, maybe I shouldn’t judge because at 15 I’m pretty sure I owned every shirt Hollister made and had enough to wear one a day without repeating for over a month.

7. You wanted that igloo dress. 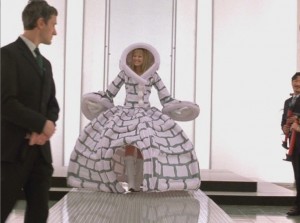 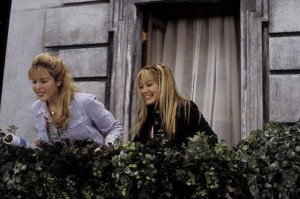 You may have been best friends forever when you were 12 but the second you turn 13 you find out who your real friends are. The girl who didn’t invite you to her birthday party no matter how hard you tried may have a change of heart after a trip to Rome. She grows out of that stage and realizes how much she misses you, and even helps you have the best European adventure ever; even if she remembers all your outfits and calls you out when you repeat them (evil, Kate Sanders).

Fake sick one day when you’re studying abroad, or just like from life in general, and do something that scares you – Like meet a boy at the Trevi Fountain who’s also an international pop star and go for the best movie montage moped ride around Rome. 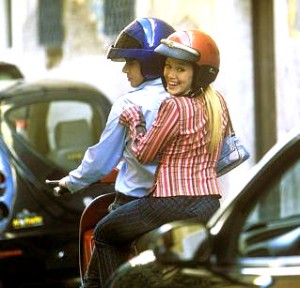 What do you have to lose? Like a quote I once saw in a co-workers office says, “Life begins at the end of your comfort zone” (Side note: “Why Not” is not just a song, it’s a life-changing anthem).

10. If you go to Europe, you’ll find your brunette twin who is also a superstar.

Speaking of twins, maybe “Pretty Little Liars” should take a page out of Lizzie’s book and bring Ali to Europe and find her twin look-a-like who is ruining everything on the show. Maybe this “twin” is an ex-pop star who is just really mad at her ex-lover and taking it out on these poor American girls and making their lives miserable and causing this show to never end and like, do these girls even do homework and like, when are they going to graduate high school?! Sorry, I have a lot of feelings about PLL. #WhoTheFakIsA

11. Foreign men are not what David Beckham makes them out to be. 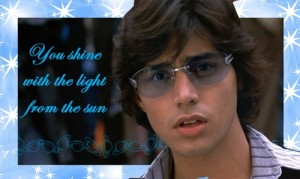 Sure, Paolo may have had a low button shirt, flowy hair, accent that made you wet yourself, taken Lizzie on the best date ever, and told her that “you shine like the light from the sun”. But, in reality, he was a no-good, pre-pubescent chest hair, lip-synching liar who was just using Lizzie for his own selfish purposes. Moral of the story: Beware of accents. But at least he finally got what he had coming for him in Season 3 of Pretty Little Liars when “A” killed him (which really makes me think she’s hiding out in Rome). 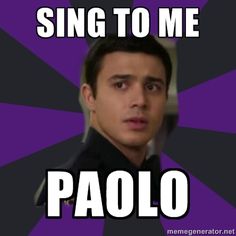 Someone who would be the best pillow on the world’s longest flight, take the blame for you and get themselves kicked off a trip halfway across the world, and even befriend a superstar to help you sabotage another superstar is someone you do not want to take for granted and want in your life 5ever. Everyone needs a Gordo.

He was the original nerd boy crush before all the Augustus Waters, Dylan O’Briens and Evan Peters of the world. He would’ve done anything for you, while loving you from far away as he watched another boy sweep you off your feet. And really, at the end of the day, who else would you want to watch fireworks with on a rooftop in Rome?

If you asked Lizzie McGuire if she ever thought she would become an international pop star for a day, be on the cover of a tabloid magazine, 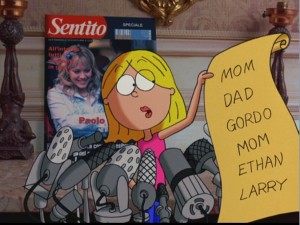 and not only get to walk (and trip)

on a red carpet, but perform at an award show in front of millions, she probably would’ve laughed in your face and animated Lizzie would’ve laughed even harder. She realized what dreams are made of. She turned her can’ts into cans, took a crazy chance and did it fearlessly. She lived everyone’s dream, autographing everything from photographs to arms, and at the end of the day realized all good things must come to an end. She could’ve stayed in Rome, living that superstar life, but it taught her that dreams really do come true so long as you keep chasing the sun.

Tyler is a post-grad social media coordinator living life fearlessly one Taylor Swift song at a time. He grew up in a town with more cows than people and spends his Wednesday nights with his girlfriends drinking boxed wine. He enjoys playing guitar and writing songs about life, love, and boys who break his heart or leave him for their boss. His favorite movie is "A Walk to Remember" and his only hope is to one day find his Landon Carter.