Another week, another thing I argue in favor of and think you should see. Last week I suggested Over the Top—a movie about truckers, arm wrestling, and family values. I hope you watched this film, and also hope that you’ve taken the high road and put aside whatever resentments you have for me post-viewing.  Dear reader, you give me a reason to continue, and much like Sylvester Stallone’s character in Over the Top, I need a second chance. It would thrill me to be able to say I could suggest something objectively “good.” Alas, I know of no such thing to exist in our universe.  I cannot make the promise that everything I suggest will bare a sense of excellence that transcends all people and tastes, but I quote Stallone in Over the Top when I say, “together is all I can guarantee.” 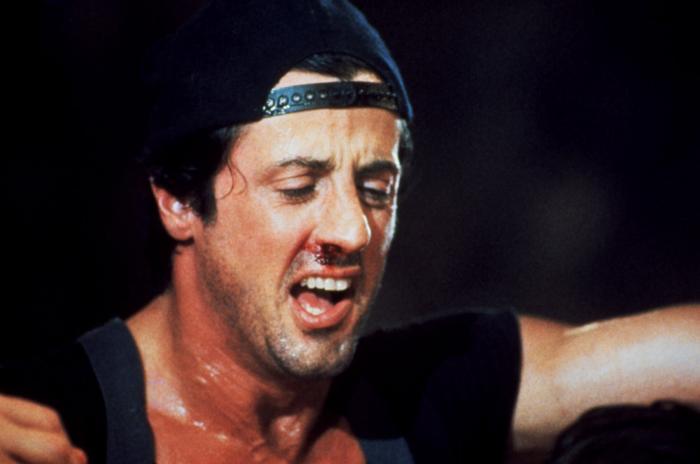 Through thick and thin. Together forever.

My suggestion for this week is the black comedy, Cheap Thrills. A micro-budget film that delivers on its title and keeps a rather simple premise fresh throughout an eighty-eight minute run time. Trust me, this one’s actually a good time.

Cheap Thrills follows Craig (Pat Healy), an everyman with a new family, out of a job and down on his luck, who heads to the bar after getting fired. There he meets up with Vince (Ethan Embry), an old friend he’s not seen in years. After Craig and Vince toss a few drinks back, a strange couple, Colin (David Koechner) and Violet (Sara Paxton), invite them to join in on an evening of dares fueled by cash rewards. Both desperate for cash, Craig and Vince embark on a night that tests their friendship, morals, and their stomachs.

A light summary, I know, but to delve any further into Cheap Thrills’ narrative would do it a great disservice. This is an experience of shock and awe; spectacle crafted from the simple premise “I’ll give you INSERT MONEY to INSERT ABSURD OR DISGUSTING TASK.” The premise evokes a situation most have shared, but never gone through with because they either don’t have the money to follow up, or are too moral to carry through. Cheap Thrills chooses to go through with what many have avoided and examines the dire consequences of accepting those dares that come from that one friend who can’t manage a moment of silence. 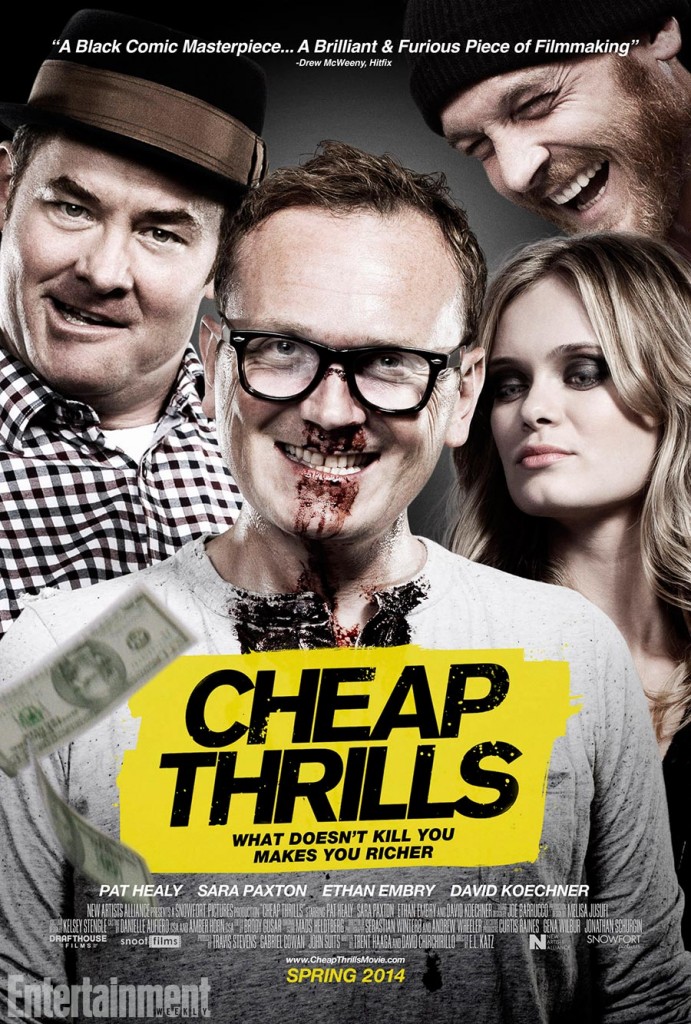 Make it rain… With pain. See what I did? Yeah…

It goes without saying that things get grim in Cheap Thrills. However, as brutal as things get in the movie, the shadenfreude layers on thick, and it’s very hard not to laugh at the dry dark humor and results of Craig and Vince’s rewarded self-humiliation. The film does a wonderful job of managing the distance felt between the audience and the events on screen, yes many terrible things happen, but few times is the viewer put into a position of sheer discomfort. A great deal of this is due to excellent casting and acting. David Koechner, Sara Paxton, and both Ethan Embry and Pat Healy give honest performances that enable the film’s reality, you never disconnect and that’s good. You feel for Vince and Craig, you then laugh with Colin and Violet, and it all works.

Anyways… Cheap Thrills is fun romp through the world of “what if?” A character study that does the heavy lifting for you to show the physical and emotional consequences of following through with the cheap hypothetical dares found in side conversation. It’s a good time, and it looks good too for a film with a meager budget, but it’s not for those squeamish or faint of heart.

Cheap Thrills is available now in some theaters and On-Demand. Go see it.