From Ink to Screen: The Big Comic Book Films of 2014 and Beyond

It’s a strange and exciting time to be a comic book fan. It used to be that only A-grade characters like Superman and Batman could be afforded the big screen treatment, but that’s clearly no longer the case, ever since the X-men and Spider-man films helped the genre to explode in the early 2000s. The fact that my mother knows who Hawkeye is goes to show just how deep these movies have penetrated our culture, and as far as anybody can tell, they show no signs of slowing down.  Movie studios have a lot planned for superhero films in the coming months helping 2014 to become a landmark year for the genre.

By now you’ve probably seen ads for Captain America: The Winter Solider, which marks the next entry in the interconnected Marvel Cinematic Universe. The film follows Steve Rogers/Captain America (Chris Evans) as he takes on the enigmatic Winter Soldier (Sebastian Stan), a highly trained relic of Cold War Russia who embarks on a violent crusade against S.H.I.E.L.D. Aiding  Rogers is Black Widow (Scarlett Johansson) and Falcon (Anthony Mackie), an ex-military agent who uses an aerial harness that allows him to fly.

A sequel to the 2012 reboot of the Spider-Man film franchise, this installment continues Peter Parker’s (Andrew  Garfield) life as he attempts to juggle his life as a high school student with the great responsibility of being Spider-Man.  Eventually Peter begins to uncover new facts regarding his parents’ mysterious deaths, and his quest to uncover the truth leads him to a confrontation with the lightning-powered Electro (Jamie Foxx).  Emma Stone and  Sally Field will return as Gwen Stacey and Aunt May, while Paul Giamatti will play The Rhino, a Russian mobster who pilots a mechanical suit which allows him Hulk-like strength. It’s important to note that although both franchises are based on Marvel characters, the movie rights to Spider-man are owned by Sony, so don’t expect to see any Avengers characters pop up.

The next entry in the X-Men franchise to hit the big screens will be, X-Men:Days of Future Past. This installment features the modern team of X-Men as well as the 1970s team from X-Men: First Class, who must work together across two timelines to stop the robotic mutant-hunting Sentinels from destroying the future. Hugh Jackman (Wolverine) , Ellen Page (Kitty Pryde) Halle Berry (Storm), Jennifer Lawrence (Mystique) Patrick Stewart/James McAvoy and Ian McKellen/ Michael Fassbender  (older/younger versions of Professor X and Magneto respectively) all return, and Peter Dinklage joins the mutant universe as Bolivar Trask, creator of the Sentinel project.

Guardians of the Galaxy – August 1

Next summer, the Marvel Cinematic Universe leaves Earth and ventures into space with The Guardians of the Galaxy. Star Lord (Chris Pratt )  leads a  ragtag group of intergalactic scoundrels including  gun-toting Rocket Raccoon ( voiced  by Bradley Cooper)  and the walking and talking tree  Groot (Voiced by Vin Diesel) as they are forced to band together in order to save the galaxy from the villainous Ronan (Lee Pace). For more info, check out our article here.

Next Year also looks to be a big year for Marvel. The sequel to the mega-blockbuster Avengers, Avengers Age Of Ultron is due to be released May 1, 2015, with Quicksilver (Aaron Taylor-Johnson) and Scarlet Witch (Elizabeth Olson) joining the ranks of the titular group of superheroes. Meanwhile, James Spader is set to play Ultron, a rogue AI who develops a god complex and seeks to take over the Earth.

In July, Paul Rudd will star in the Edgar Wright directed Ant-Man; the first film in the third phase of the Marvel Cinematic universe. Rudd is set to play Scott Lang, a hero who can change size by using a substance called Pym Particles.

Additionally, Marvel is currently producing four television series for instant streaming  featuring street level superheroes Daredevil, Iron Fist, Luke Cage, and Jessica Jones, which will culminate in an additional fifth series which finds them all team up to form The Defenders. 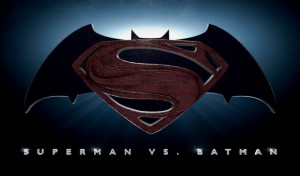 While Marvel has clearly been dominating the superhero genre, it isn’t the only player in the game. Rival comic company DC has plans for a follow up to 2013’s Man of Steel with this new entry detailing the first encounter of Superman (Henry Cavill) with Batman (Ben Affleck).  Also set to appear are Wonder Woman,(Gal Gadot) Alfred Pennyworth, (Jeremy Irons) and Lex Luthor (Jesse Eisenberg). The film is widely speculated to be a setup for a Justice League film, in an attempt to follow the runaway success of The Avengers.  Also in store for DC, is the Joseph Gordon-Levitt produced adaptation of the  90s Sandman series,  originally written  by popular British Author Neil Gaiman. As of now, no release date has been announced.
The booming popularity of comic book films has delighted many veteran comic book fans, as well as introduced millions of new members to the fantastic world of superhero adventures. What was once seen as a dying industry (Marvel actually declared bankruptcy in 1996) is now the creative fountain, from which some of the biggest blockbusters in the world draw.  What remains to be seen is whether this is a long-term trend in the industry, or just another phase in the Hollywood system.