Posted On May 26, 2014 By Ascher Robbins In Buzzworthy, The Scene

The Gunman Syndrome: Thoughts on the UCSB Shooting

It happened again. But this time, it was more than just another tragic news story – at least for me.

This past weekend’s events hit way too close to home. I’m a UCSB graduate. I’ve partied in the same streets and eaten at the same restaurants where a coward named Elliot Rodger murdered 6 innocent people whom he blamed for his own personal shortcomings. If this had taken place three years ago, I could have been a victim. My friends could have been victims. It’s pretty surreal for a college town where the greatest tragedies usually result from excess consumption of alcohol.

But as if we needed further reminding, the tragedy in Isla Vista only serves to remind us all – from coast to coast and mountaintop to valley in this great country we call home – that these horrors are a reality of – no, a normal part of – life in America in the 21st century. And that is troubling.

Leaving the incendiary discussion of the Second Amendment aside for a moment, we need to take a deeper look at the mindset of gunmen like Rodger, and how our society breeds these menaces. And no, this isn’t going to be a discussion about bullying or violent video games or anything of that sort. No, this goes deeper; the reality is that Elliot Rodger wasn’t the first sociopath with a gun, hellbent on murder, and you can bet he won’t be the last. But the reality is also that Rodger could have just as easily been a target for another disturbed person. The gunman himself could have just as easily been a victim of a man with similar issues but different motives.

Because what creates the motives for these heinous events is the greatest American ill of all: envy, and the all-consuming need for status and validation. THAT is what creates the Gunman Syndrome.

Elliot Rodger killed people because he was a virgin. Because women weren’t attracted to him. Because he felt that his peers saw him as pathetic, as inadequate. Rodger envied young men with “hot, blonde girlfriends,” something which he felt he could never have.

But what he probably didn’t realize is that, despite his issues with women, he was the poster boy for many others to envy. He was affluent, and lived an opulent lifestyle, ripe with private jets and vacations and Hollywood red carpets. If another deranged kid with a gun had grown up in poverty and decided to kill rich kids, you can bet your bottom dollar that Elliot would have been murdered as he drove around in his shiny new BMW.

And that’s the problem that comes with our individualistic American culture. Success and status are all that matters. It’s why we all post on social media whenever we have something cool to show off. We want to be viewed as better, wealthier, prettier, more successful, and more interesting than our peers. We want the validation of others liking us, of envying us, of respecting our status. 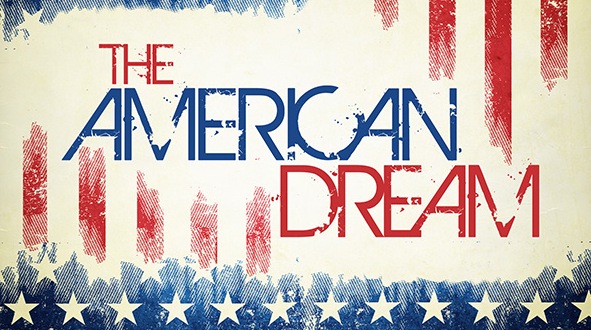 We always want more. We always want to be the best. And sometimes, that’s a good thing. It drives many of us to be successful and to work hard. But for those amongst us with real issues, psychological issues brewing beneath the veneer of so many Gucci sunglasses and suburban homes, this greed, this envy for what others have that they do not, is disastrous.

THAT is the problem. We all want so badly to reach the pinnacle of 21st Century American life that we overemphasize our shortcomings and overlook our talents. This creates the Gunman Syndrome – we want those who we think are above us to fail, to struggle, to be defeated. It’s why we love celebrity trainwrecks and falls from grace.

This isn’t to say everyone who envies others will try to murder those with higher status; indeed, it takes a certain kind of fucked-up individual to do something so extreme. But it’s still troubling.

At the end of the day, if Elliot Rodger had taken this advice, he might have looked in the mirror, done some reflecting, and realized how GOOD he truly had it. But unfortunately, that never happened.

So what’s the take away? Love yourself. Accept others’ differences. And always remember that at the end of the day, we all want the same things: to be loved, to be happy, and to fit in. And all those things begin with realizing that YOU are great and unique and incredible – and so is everyone else.

…No matter how you think you may stack up in comparison.