Over 100,000 ducks caused traffic to come to a halt in Bangkok earlier this week. No news of where they came from and where they’re going. But I love that they travel in such an organized pack. I’m not sure I’d be angry if something like this happened to me. Much better than your average traffic jam. Who could be angry over a bunch of quacking ducks? Just look at them go! Or maybe they’re on strike, protesting against something. Maybe their bread supply was cut! Guess we’ll never know. I think the lady at the end has the right idea of following them. Let us know where they end up, please!

So I guess if you live in Florida you have to deal with Alligators. California, we deal with seagulls. But if you live in Alaska, you better get used to dealing with bears. Cute, but kinda scary. Two bear cubs and their mom decided to play Yogi Bear and grab lunch from children eating nearby. The bears wandered onto the Alaska Pacific University campus and found a day camp full of children enjoying their lunches. Once the bears were spotted, staff members gathered the children a few yards away. It was the opportune moment for the bears to move in on leftover lunches. A few lunchboxes were carried into the woods, torn apart and eaten. They must really like lunchables and fruit snacks.  The bears showed no signs of aggression and therefore no action against them was taken. Guess they just wanted to stop by for lunch and hoped for some “not too hot, not too cold” porridge. 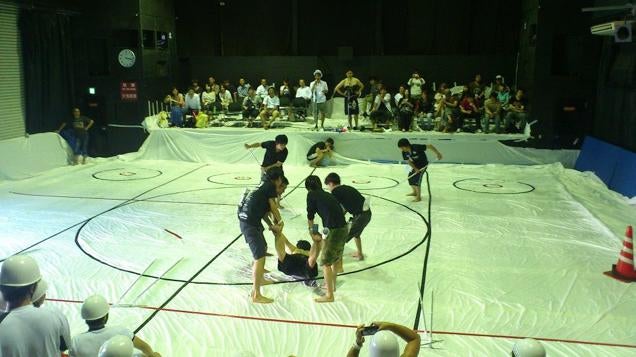 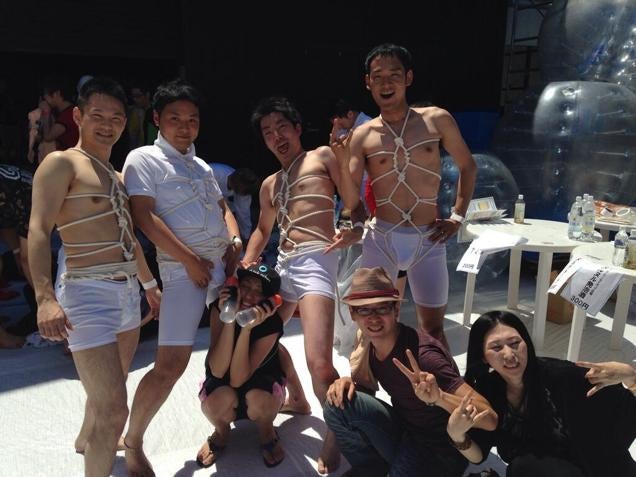 This gif pretty much sums up the event:

This brave man decided to try and see what it felt like to be a Mentos dropped in coke. Sadly, the effect is not as awesome as you would expect it to be. I was really hoping he’d shoot out of the dunk tank. Someone needs to try this with double the Mentos, asap.