Posted On June 20, 2014 By Rachel Harrison In Television

Dreamy TV Boyfriends Who Would Suck In Real Life

Some men are better off on our TV screens… 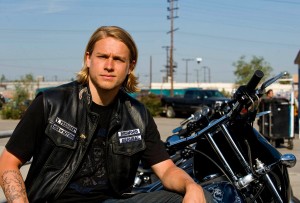 Cat’s out of the bag: girls like bad boys. Jax Teller is the King of bad boys. He wears leather and rides a motorcycle. BRB, swooning. Played with the perfect balance of boyish charm and take-no-prisoners badassery by the gem that is Charlie Hunnam, Jax Teller has taken up permanent residency in the fantasies of ladies everywhere. Sadly, Jax is best as just a fantasy. Despite his “good” intentions and family values, death and danger follow Jax everywhere. Also, lots and lots of violence. So much violence. And death. Did I mention death? 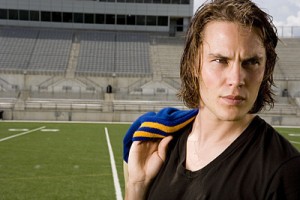 Tim Riggins is the gift that keeps on giving. At first he seems like your average degenerate meathead jock, but he’s actually got a heart of gold and a great sense of humor. He always tries to do what’s right, though things rarely go his way. Any girl would happily volunteer to be his shoulder to lean on, to listen, to comfort, and to…well, do other, um, stuff. Though in theory a love affair with Riggins would be a sweet Texas fairy tale, the reality of the situation is far less romantic. Tim’s got a problem with alcohol, a criminal record, and tendency to find trouble. And he’s always mumbling. 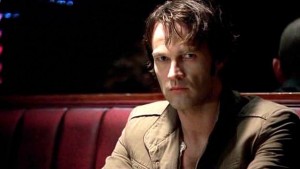 The complicated Southern Gentleman with a dark side. What a combination. Sure Bill Compton, played by master smolder-er Stephen Moyer, can be a little possessive, but it’s only because he cares…right? Let’s face it, it doesn’t really matter if he’s good or evil because he is sexy. But alas, human-vampire relationships are always tricky. Generally it’s best to avoid dating the undead. They have a lot of baggage.

Relationship Status: Single but recovering from a bad break up.

Jon Snow is one sexy bastard. While he inherited his father Ned Stark’s sense of duty and honor, the oh-so-noble Snow wasn’t above breaking his Night’s Watch vows to get a freaky with his Wildling girlfriend in a cave. He might not be a poet, or particularly sharp, but he’s got some seriously dreamy bedroom eyes. And that hair. Dating anyone in the Game of Thrones universe would be a recipe for disaster, as few good things ever happen there…and good luck at your wedding. But dating Jon Snow would be particularly problematic. First of all, he lives with a bunch of surly dudes in a place that is always freezing. Secondly, his neighbors are White Walkers. 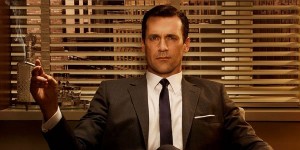 Don Draper is so handsome, so sexy, so cool. Plus he is among the few men who can totally pull off a fedora. Don is talented, successful, and perhaps most of all, mysterious. It’s not hard to see why women fall at his feet. Think of all the deep, articulate conversations you two could have while sharing a cigarette in bed, or over bourbon at some swanky bar. It’s a good thing he’s fictional because Don Draper is everything women should avoid at all costs. He is a lying, cheating, insecure, drunk wrapped up in a well-tailored suit. Yikes.

Maybe it’s his smooth, sexy voice. Maybe it’s his super observational skills. Maybe it’s actually just Benedict Cumberbatch. Perhaps the biggest mystery of Sherlock is why you’re so attracted to Sherlock. Who knew a man in a scarf could be so appealing? Despite his impressive wit and intellect, Sherlock is clueless when it comes to relationships. He’d likely dismiss your everyday attempts at conversation as “boring” and his know-it-all persona would get extremely irritating. And imagine going to cook dinner and finding a severed head in the fridge. 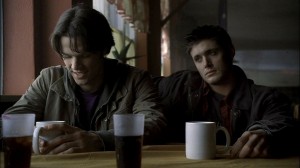 Have mercy, those Winchester brothers are some gorgeous specimens. They’re brave, strong, have dedicated their lives to saving others, and drive a badass car. Plus, they’re very close to God. Only not in the traditional sense. It’s complicated. Everything with them is complicated. They’re dead, they’re not dead. They’re possessed, they’re only sort of possessed. It’s not even worth it, even if they are the hunkiest hunters out there.

The Eleventh Doctor – Dr. Who 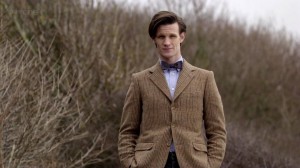 Ah, the Eleventh Doctor. He’s the male version of the manic pixie dream girl. He’s smart, eccentric, adventurous, and has a wicked sense of style. Hell yeah, bow ties are cool. Though there’s something undeniably attractive about the Doctor, he’s so terribly unreliable dating him would be the absolute worst. Especially if you value punctuality because with the Doctor five minutes means twelve years.