Posted On October 30, 2014 By Ascher Robbins In Buzzworthy, Television, The Scene

Catching up with Michael Carbonaro

Hopefully by now you’ve seen Tru Tv’s The Carbonaro Effect, which premiered this summer to rave reviews from audiences and critics alike. Using a unique blend of magic and prankster-esque comedy, the shows titular magician, Michael Carbonaro, dupes unsuspecting people into believing the impossible. If you’re unfamiliar with the show, you can read my first interview with Carbonaro to see what he’s all about.

In the first half of Season 1, Carbonaro was able to pop bowling balls out of flat packages, assemble a live duck with spare parts, and make a car disappear in front of a closely-watching security guard, to name just a few of his marvels. The second slate of episodes promises to up the ante even further, and entertain viewers everywhere in the process.

This week, I was able to catch up with Michael Carbonaro to discuss the feedback on the first round of episodes, the direction of the show, and of course, what he’s doing for Halloween.

Make sure to catch the second half of Season 1 of The Carbonaro Effect, which premieres on Tru TV this evening, but first, here’s what Michael Carbonaro had to say about his show as it moves on to round two! 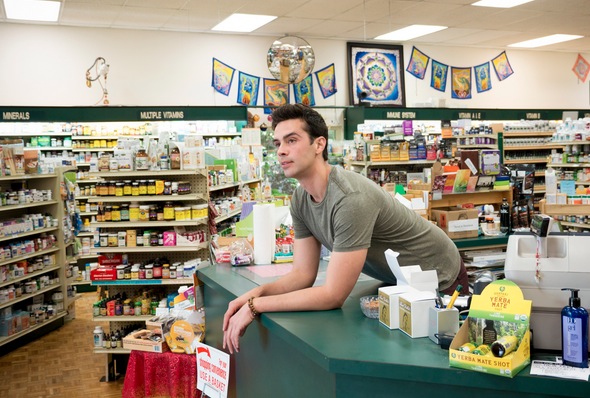 Ascher: So after putting out the first round of Carbonaro Effect episodes, tell me a little bit about the feedback you’ve been getting so far. Has the feedback been what you expected when you started the show?


Michael Carbonaro:  I’m so thrilled with the response, both from the general public and the magic community. It means a lot to me, because I have such great respect for magic. I was really hoping that in addition to the public, the world of magic and other magicians would love the show as much as I love making the show, and they’ve all been super supportive.

One of the things that came up so much in the response to the show was how people not only found it fun, but not at all mean spirited – that it was fun for everyone and not mean at all. That was one of my main goals in making the show. I can’t tell you how many people have written me saying “Thank you so much. I watch this show with my kids,” or “My grandpa watches your show, and it’s the first time in awhile we’ve all been able to sit around as a family and enjoy television together.” I’ve received so many letters like that; that whole families gather to watch the show together, and that really warms my heart, because I’ve always looked up to people like that – whether it was Allen Funt and Candid Camera or even Johnny Carson. I’ve always looked up to people with those kind of shows – that everyone can watch together – and I couldn’t have asked for a better response.

Ascher: What tricks have you heard about most from the first half of the season? Which ones do people tell you about most frequently?

Michael Carbonaro: I get SO many people who want to know how I made the car disappear from the security guard. It was a really great, bold trick. But it’s really surprising how the favorites can vary so much from person to person. One trick from the first half of the season – “Vortex Shipping” – people went CRAZY for,  but at the time I thought it was a little throwaway trick we just did for fun. But I’ve heard about the vanishing car trick a lot, which makes me happy, because that was one of my favorites too.

Ascher: So what tricks should we look for in the upcoming episodes? Any particular tricks that you think the audience will love?


Michael Carbonaro:  Yeah! So remember last season when I did an effect playing on deja vu, when I tried to convince someone that his life was repeating? Well this season I took a stab at – you know how many times in your life somebody claims they know you, and you have no recollection of meeting them at all? Well, I tried to convince somebody that not only had I met them before, but that we shared an evening together at a huge, wild party, and that I ended up getting my name and birthday tattooed on my ankle at their request. Of course they had no recollection of it, but I pulled it off; this girl actually believed that this happened and that she was too drunk to remember. It’s amazing what you can con people into believing. It’s so fun.

Ascher: Was that your favorite trick from the new episodes?


Michael Carbonaro: Well, that one and one other. There was a trick where I had somebody deliver me a package that they had had in their possession for over a week. So they brought the package to me, and when I opened it, inside was a little boy from Germany. I was at an arcade, and I convinced the guy that we have an exchange program where we let kids from Germany come play with our arcade games, and we send American kids there to play with their arcade games. The guy just flipped out. He was like, “I’ve had this box with me for a week!” I just told him “Don’t worry, there was plenty of food in the box.” And he came to actually believe that he had a child inside this box for a week.

Ascher: Definitely looking forward to that. So, I recently noticed on your Twitter account that you posted a picture of yourself on a giant billboard in Times Square, which I’m sure was very exciting for you. Talk to me a little bit about what it’s been like to have attained that level of recognition. Are people recognizing you on the street these days?

I really want to get out to New York and look at the billboard. It’s funny, there’s so many ways that people can photoshop their face on a billboard, that when I see that picture, I still don’t believe it. My mom called me saying that she went to Times Square and just looked at my billboard for an hour, crying, because she couldn’t believe it. So, I want to see it to prove that it’s real! Right now I feel like somebody has turned the tables and is playing a prank on me.

Ascher: Maybe you’ll have to insert yourself into a billboard for a skit sometime.


Michael Carbonaro:  That’s a good idea! I’d just have to come crawling out of a billboard in Times Square. 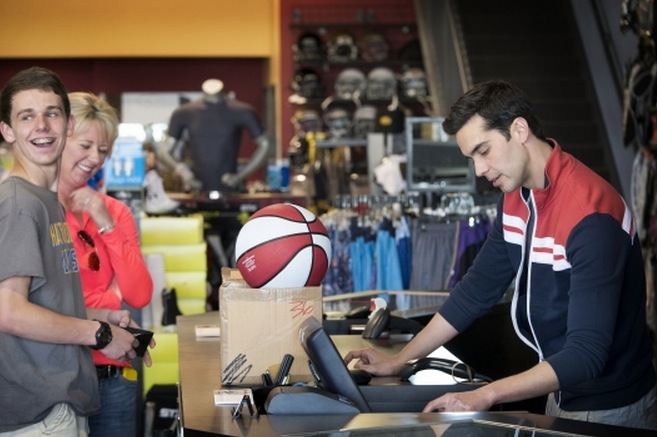 Ascher: So last time I spoke to you I brought up the fact that people might start recognizing you eventually, which could affect some of the surprise on the show. Has that been an issue at all in filming the second round of episodes?


Michael Carbonaro: A little bit. It was funny, a lot of people didn’t recognize me until I told them who I was, but then they went “Oh my God! I watch your show!” A lot of them wouldn’t realize it because they were in the moment; just in a store or something and not really paying attention. At other times, we had people who would recognize me right off the bat, but I’m excited about that because it means that the show is building an audience. And these people that knew who I was didn’t care and still wanted to be entertained by my magic. I could definitely foresee, in the upcoming seasons, the show evolving into a format that not only includes gags with people who don’t know who I am, but some new, fun, wild magic that I could perform for people who do know who I am too.

Ascher: In that vein, are you planning on touring at all and doing some live magic shows?


Michael Carbonaro: Well right now, I’ve only been doing this for just over a year. We wrapped the pilot episode on October 4th of 2013. And just this month we wrapped the principal filming of 26 episodes, so I have been really busy. I don’t know how we’ve been able to do this much already – it shouldn’t be possible. But on the backburner, I’ve always been working on a live performance. It’s been a big dream of mine, and I keep getting requests from people who want to see me perform live. I’ve always loved performing in front of a live audience, and I really want to explore that next, when the schedule gets a little less hectic.

Ascher: Halloween is coming up soon. What does Halloween consist of for someone who can perform some serious “tricks?”


Michael Carbonaro: I always rock out Halloween. Like I told you last time, my first love was special effects, so Halloween has always been big for me. I’m going to repeat my costume from last year, but I’m going to improve it and make it more fun. I’m going to be Freddy Krueger and I’m going to KILL it.

Ascher: So, lastly, what would be your message to someone who hasn’t seen your show yet? Why should they tune in?


Michael Carbonaro:  I would say that you should watch because there’s a level of fun watching as a home viewer that you don’t get in a lot of other shows, and that’s because you’re in on both parts of the trick. Not only do you get to see the magic tricks, but you’re in on the best secret of all – that the people on the show don’t know that I’m a magician. So you get to be on MY side, and watching their reactions, and you still get to be fooled by the magic at the same time. It’s a really fun place to be as a viewer!

Make sure to catch The Carbonaro Effect Thursdays on Tru TV at 10:00PM Eastern!

Here’s a sneak peek from the new episodes: