Posted On March 15, 2014 By Hilary Fitzgerald In Television

Drop Everything and Start Watching TCM

Do you have so much free time that you don’t know what to do with yourself? Well me neither, but that’s beside the point. There’s always time for binging.

I recently found out Turner Classic Movies allows you to stream online.

Many television channels are now following the HBOGo standard—one cable subscription grants you mobile access to content. I’m not suggesting this is groundbreaking news – you’ve been illegally streaming for years. But, this is a smart move for premium and basic cable alike. If most people are stealing your content, why not give them access where you can control the experience (I mean, the ads). Even network channels have fallen in line; I know of friends who were able to watch the Oscars because their parents have cable back home. Did you know about this? Well, now you do! Cool! Anyway, that isn’t the point.

If your parents (or anyone willing to share a password with you) happen to subscribe to TCM in their Comcast XFINITY bundle (and they probably do even if they don’t know they do), and you’ve already watched True Detectives three times through, I have a solution for you.

Screw Netflix, screw Hulu, screw it all… when you have Turner F*cking Classic. Why? It’s always on. Always. And it’s always good. Always. Plus, it’s just another way you can freeload off of your parents.

Plus, a lot of other things.

Isn’t it so hard to make decisions? WHAT SHOULD I WATCH NEXT?! With live streaming, TCM makes decisions for you (and they know what they’re doing, trust them with your whole heart). Finally you can say, “This is where I came in,” when recalling the plot to your neighbor. No longer is this a saying of the past, it’s just when you got home and turned TCM on and found yourself in the middle of some romantic comedy where one girl is cozying up to three different married men and now they’re all fighting over each other and the wives are drunk at home plotting this woman’s death (Boy’s Night Out).

And if you have control issues, fine! TCM also allows you to pick a movie from their on demand section. Four for you, Turner Classic.

He is an absolute delight. He’s the Grandpa, Uncle, (way) older brother you always dreamed of but never had. I have a feeling he smells of cigars and cinnamon cookies (and I’m hoping to find out this year at TCM Fest).

If you’re like me and you live alone, Robert Osborne can give you stability, he can give you something to look forward to; you never need to be alone again, because he is there to watch every movie with you.

Every time, without fail, the camera is so surprised to find him in that gorgeous apartment. What is this? Where’s Robert? Why do I only see an empty room…Oh! Robert! You are here, I was so worried you abandoned me.

He’s there and he’s surrounded by comfy chairs and illustrious bookshelves. My only concern…no beds. Where does Robert sleep? Someone please find out for me.

…and now I AM THE SMARTEST MAN ALIVE!

I haven’t even gotten to the important part about Mr. Osborne. He knows everything. Everything. And now, you’re soaking up his knowledge. Soon you’ll be able to spit facts on Kim Novak during all of your lunch dates. Everyone will say, “how do you know everything about everything?” And you’ll smile as you think of Uncle Robert. What would you do without him? You would not be cool. You’d be a complete loser. You wouldn’t even know about Vincent Minelli and Judy Garland’s relationship during Meet Me in St. Louis. Who are you? You’re no one.

There’s Grace Kelly Day day, there’s Greta Garbo day, there’s Marlon Brando day, there’s a day for everyone and every day is a holiday when you have TCM.  Not to mention it’s all in Technicolor so it’s the most beautiful thing you’ve ever seen. Thank you Natalie Kalmus. Why live your life when you can watch somebody else live a more beautiful and exciting life? (I’m sorry your life is just never going to be or look as good as Grace Kelly’s in Rear Window).

Don’t listen to Frank Capra, You CAN Take It With You

Watch it at work! Everyone will wonder why you’re so cheerful between 3 and 5PM. It’s because in the bottom corner of your screen, amidst the 8 ongoing g-chat messages and the work you’re avoiding, Jane Fonda is downing a bottle of champagne in front of a woman whose husband she’s been sleeping with for 3 years (Any Wednesday). 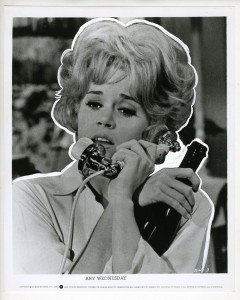 TUESDAY SCHMOOZDAY I GOT JOHNNY CARSON

Have Tuesdays been gettin’ you down? That whole…post-Monday, pre-Wednesday thing… I know, it’s terrible. Well every Tuesday TCM plays Johnny Carson interviews. If that doesn’t lighten your spirits I don’t know what else to tell you.

Did you know Sammy Davis Jr. had an obsession with camera lenses? It drove his wife mad. Or that Truman Capote thinks all actors are dumb? He thinks Marlon Brando to be such a marvelous actor because “he’s so dumb it makes your skin crawl.” Same goes for Jane Fonda and Lawrence Olivier. And a lesson on being humble from Gregory Peck:  After meeting the woman who would soon be his wife, he called her and said, “Do you remember me?” Has anyone forgotten Gregory Peck? Ever?”

The Greatest 31 Days of My Life

I’m sorry to say you missed it, but February is ‘31 Days of Oscar’ on TCM. You’ve got a year to clear your calendar. (Now you’re thinking, Hilary that’s ridiculous, there aren’t 31 days in February. I know. It starts late January and falls into March, but we’re just going to call it February). 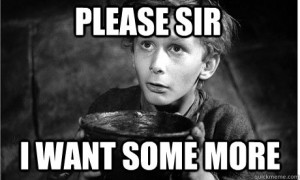 This month the Friday Night Spotlight is “Food in the Movies.” Anthony Bourdain leads you through iconic food scenes in movies. I’m not sure what else you want me to say.

…and other random things 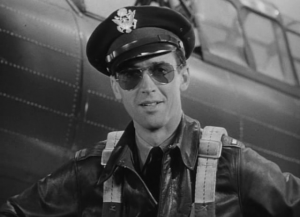 If you’re lucky, you’ll catch a war propaganda short film, like the one I watched last night starring Jimmy Stewart. What did I learn? Not only does the army make you a man, it makes you attractive to all the ladies. Thank you, Jimmy, I’m enlisting today.

The Essentials Junior with Bill Hader: If I had kids I’d be force feeding them this, but for now I have my Snoopy doll.

The Ultimate Fan Contest: submissions now closed, which means I have a year to prepare my audition tape, I’ll thank you in advance for the moral support.

Silent Sunday Nights: For the people who have made it to the end of this article, I believe in you.

I no longer sleep. Yesterday was Lauren Bacall Day. I watched Designing Woman, Sex and the Single Girl, Harper, and How to Marry a Millionaire. Last week I was ready for bed when Robert announced Ocean’s 11 was beginning (I was late for work the next day). A month ago I arrived home from work and three hours later realized Guys and Dolls is three hours long. There’s just no turning it off. 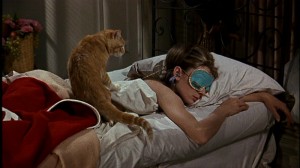 My computer is no longer available for use, as it is always plugged into my TV so I can watch TCM (is this really a downside?).

Maybe you won’t have any friends outside TCM and your eyes will be sunken in from lack of sleep, but you will be the classiest person in your building. 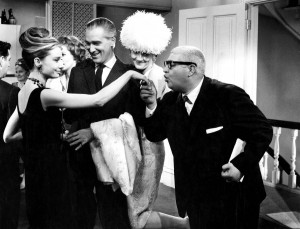 If you don’t have access to TCM, my condolences.