Reality stars, Matt and Amy Roloff, of “Little People, Big World”, have announced that they will be separating after four children and 26 years of marriage. 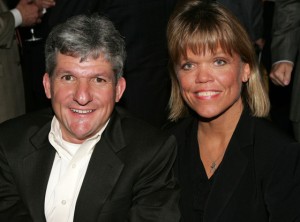 This news comes as a heartbreak and shock to all who watched their TLC reality show, which focused on the dynamics of a family dealing with dwarfism.

The Roloffs released a statement that said “Though we have weathered many storms together, we recently made the tough decision to engage in a trial separation.”

The latest season of “Little People, Big World” premiered on October 29, 2013, but the divorce is an obvious sign of a cancellation of the show.

We hope that the Roloffs are able to patch things up before the ink dries on the divorce papers, but if they are anything like the other reality show marriages, then the relationship is long gone.