Posted On February 16, 2015 By Basic Becca In Television

Sunday night was a rough one for anyone with indecision or varied interests. NBA All-Star game, SNL 40th anniversary episode, The Walking Dead, and, of course, The Bachelor, which started off with Chris Tells All and closed out with a regular episode. Sunday was part of a two-night special with hometown dates airing Monday night.

This episode, more than any other, gave me the feeling that Chris could marry and end up happy with one of the women in the house. It also gave us a glimpse into life on the farm in Arlington, Iowa which is definitely not for everyone. 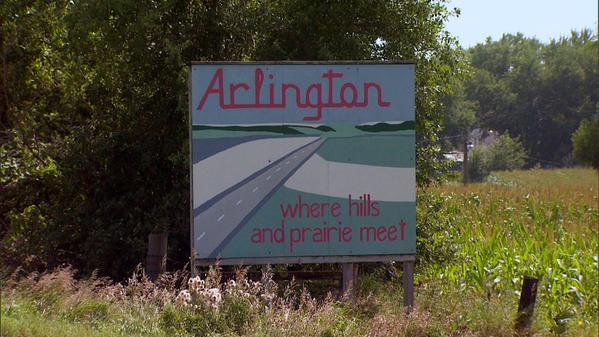 Host Chris Harrison met with Crazy Kelsey the Killer, Bachelor Chris Soules, and former Bachelorette Andi Dorfman (and all of her post break-up tears). Honestly, this was boring, so I’ll sum it up.

When we meet the girls back in Deadwood, there are seven left. Chris immediately sends Megan (the one who thought New Mexico was out of the country) home because the next stop is Iowa, and he’s only bringing wife material.

Chris Harrison comes in to tell the remaining six that the rose ceremony will still be happening. Chris can’t do it. He has strong feelings for all of the remaining girls. This is the time when he should consider polygamy; however, six wives is still a lot, even for a polygamist. The rose ceremony is cancelled and everyone cheers because  they get to go to Iowa! Definitely a cause for celebration…

Jade, Join me in my hometown

Britt is “very, very happy” for Jade but also “very, very jealous”…and she knows lots of descriptive words too.

As Jade is driven from Des Moines, Iowa to Chris’s hometown, Arlington, she can’t help but describe everything she sees, “So much corn. Oh, cows. Dirt road.” Based solely off her description, a majority of people would have turned the car around and never looked back. She chose to stay and explore the abandoned town that has a church, a library, and a bank. The end.

She and Chris hopped on his motorcycle and headed out to a high school football game where she met his mom and dad. Nothing says small town like football players who play with the marching band during the halftime show. Chris and Jade made their way into his high school and did some kissing outside of his old English classroom. Making out in my old high school sounds like the least romantic thing ever, but they were really into it, so… idk.

Jade tells Chris that she can tell he’s a bit insecure about where he’s from and shares that there’s no reason to feel that way. She loves the small town community vibe and can see herself living there. The date ended with the two succumbing to “Kiss Chris” chants and walking, hand in hand, off the football field. Chris totally pulled a Breakfast Club fist pump. 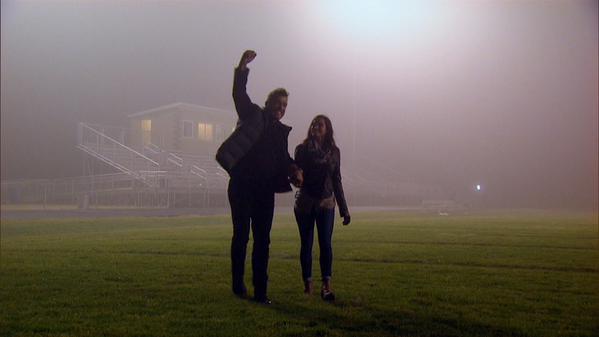 Chris and Whitney have the second one-on-one date that starts at an art exhibit of photographs inspired by love. They then take to the streets to have their own photoshoot that churns out some adorable pictures; Whitney hopes the photos they took can someday be shared with their grandkids; considering she is still one of six potential winners, that’s definitely a long shot.

Post photoshoot, the two meet up at a restaurant/bar and Chris’s three best friends show up. Whitney makes a great impression and definitely passes the test– bonus points for being a Chicago Bears fan. When the friends leave, Whitney shares that she has no parents; her mom passed away unexpectedly at the age of 50 and she does not maintain a relationship with her father. She talked about her mom with a smile on her face and pride in her voice- definitely signs of a strong woman. She shared with Chris that’s it’s very important for the man she marries to have a great family because she doesn’t have one; she can’t wait to call people mom and dad. This all sounds a bit cheesy, but I really feel like something between the two of them clicked during this talk.

If that conversation didn’t seal the deal, the mural of one of their photographs from the day definitely did. These two are perfect for each other — I can see them actually lasting and having a successful relationship when all of the t.v. nonsense is gone. I’ve got my money on a future Mrs. Whitney Soules. 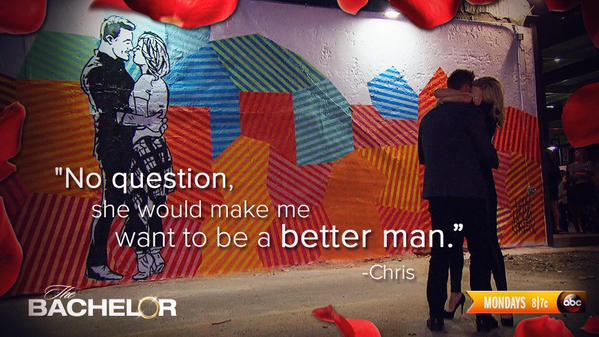 When Jade returns from her date and shares the details with the remaining ladies, Britt flips out. Carly kindly reminds us that “Britt thinks this is the Bachelorette,” because everything has to be about her. Britt is taking on the role of the resident crazy girl and doing a splendid job.

Carly, Becca, Kaitlyn, and Britt decide to take a road trip to Arlington while Whitney is on her date with Chris, and Jade stays home because she’s already been but also… alone time is a thing to be cherished. The road trip girls drive the three hour to Arlington from Des Moines and drive in and out of the sitting in under one minute.

Once the shock subsides, the women decide to hop out and look around. It becomes pretty clear that the small town life is much smaller than any of them expected. Everything is either locked or shut down. The church is locked, but Carly sees a picture of Jesus through the door that is the exact same picture of Jesus that her grandparents had hanging in their house when she was a little girl. Carly knows it’s a sign. They find the pastor and church treasurer nearby and inquire about what people do around here. The response- they go to another town. Sounds like a great place to live forever and ever.

Britt, Carly, and Kaitlyn– Icy our future together

This group date consists of playing hockey and watching Chris fall over and over again. After attempting to skate around and shoot hockey pucks, Britt quickly steals Chris away and takes him to a sunny bridge outside. She tells him they snuck away to Arlington the previous day and that she loved it– it’s so beautiful there. This is not what Britt told Carly and Kaitlyn– both of them knew she would lie to Chris. She also tells Chris that his hometown seems like a wonderful place to build a family… that she doesn’t even want. They kiss. Chris gets some second-hand pink lipstick from Britt, and they return to the hockey arena.

Carly immediately asks for alone time when Britt and Chris return. She warns Chris that he needs to be careful and tells him Britt confessed to the girls that she could never see herself living in Arlington. “I’m really protective of you because I really like you,” Carly told him as she held back tears. It must suck to know that he likes Britt more than he likes her even though Britt is a liar who doesn’t shower (no, I will not let her live that down).

The group reconvenes at dinner a restaurant full of old Iowa stuff. Chris wants to talk with Britt and clarify her feelings about living on the farm. She continues to lie and says she loved it; she tells him that she wants to be a mom no matter where she ends up…. this coming from a woman who told the girls she doesn’t really want a family. She tells him she is constantly reinventing herself and that it’s great to try out new places. I get that and all, but he is looking for a wife… Does he not realize that he will end up being a phase? I obviously hate Britt– it’s not because she doesn’t shower or because she’s a liar (although those are both fine reasons), it’s because she says exactly what Chris wants to hear knowing that it will get her to the next round. She isn’t genuine with him, and he’s falling hard for her.

Kaitlyn ends up getting the rose that night and shit hits the fan when Chris and Kaitlyn return to Carly and Britt. Britt goes off on Chris because she doesn’t want her future husband to think of her as second place. She wants to be the first one for everything– she is clearly insecure and wants this to be the Chris and Britt show. Chris is finally able to see the side of her that the girls have warned him about, and Britt’s chances of getting a hometown date aren’t looking so good.

“I only have one family, and I don’t introduce them to a lot of people.” You don’t have a back-up family just for reality TV? #thebachelor

Back at the hotel, Carly and Kaitlyn share Britt’s meltdown with Jade, Whitney, and Becca. Carly tells the other girls that there is no way for Britt to recover from her tantrum, but Britt doesn’t seem so sure.

Jade later confides in Carly (and the entire camera crew) that she has a secret she hasn’t shared with Chris yet. She has done nude modeling for Playboy… Carly seems really supportive though.

Monday night we find out who goes home and who gets a hometown date.

And in the meantime, take this quiz to see if you would be a good match for Bachelor Chris.