Posted On March 3, 2015 By Basic Becca In Television

For longtime fans of The Bachelor, the anticipation for tonight’s Women Tell All episode has been building since the cast of crazy, beautiful women first stepped out of the limos. There was no shortage of entertainment in the forms of drama, romance, and straight up craziness thanks to the Ashleys, Jillian’s black box, Kelsey’s “amazing story,” and Jade’s dicey pictures. Somehow, despite knowing this would be a wild one, I didn’t prepare for the tears, the shouting, and the finger pointing to commence immediately. Poor Chris Harrison; even a seasoned expert couldn’t control those rowdy women.

Kids, don’t play the victim if you can’t even act the part. Not buying it ladies. #Britt #Kelsey #BitchesBeCray #UglyCryingFace #Thirsty

The party got off to a pretty quick start after we were forced to watch clips of Team Chris and Chris crash watch parties full of desperate and drunk women. Why did no one crash my watch party of one? I had wine, coffee, and chicken lo mein! I digress. Britt was crying before Chris even asked her a question because she’s just so full of emotions and maybe she got a whiff of herself (I imagine it’s similar to walking into a subway car thinking you’ve lucked out with an unpacked vessel only to be greeted by the odors of a sleeping homeless man. First it hits your nose, then it hits your eyes, and before you know it you’re crying and gasping for air). So anyway, stinky Britt and Carly battled it out, and Britt reminded Carly of the time they were hanging out on Carly’s bed and Britt was crying so hard that she had to take the cucumbers out of her salad and put them on her eyes. It’s pretty much a bunch of I thought/ I felt/ you said/ you’re fake with some comments of irrelevant women (I talking to you, Trina and Jillian) thrown in. 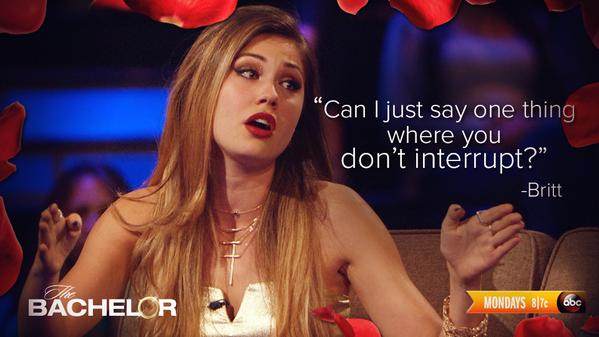 Chris not so quickly realized that if he didn’t stop the madness, it would carry on for the entirety of 2015, so he sent Britt to her chair and brought up Kelsey who maybe faked cried and got her boogers on Chris Harrison’s fancy silk tissue thing that might be called a pocket square but I’m not very confident in giving it a name. At this point, everything Kelsey does seems disingenuous. Honestly, I half expected her to throw a grenade at the women and hold Chris Harrison captive because it would add a surprising twist to her amazing, yet tragic life story. 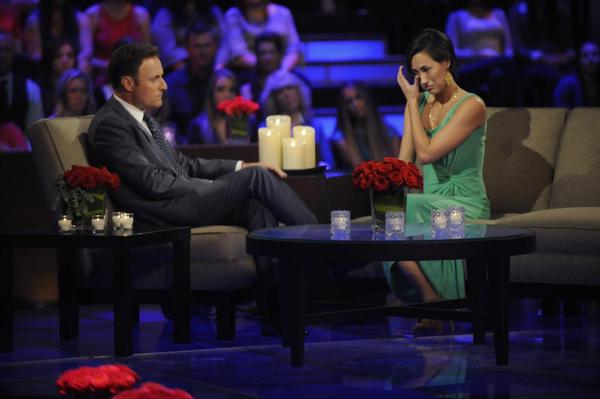 Kardashley wasn’t fooled by Kelsey’s tear-less crying and inappropriately times smiles. The best thing about Ashley I. is that you never have to know what she’s thinking when other women are talking. She gets it.

Despite teetering on the edge of psychosis, I absolutely love Ashley S. She made this season impossible to miss, so having her back for Women Tell All was a gift from God (Chris Harrison) to all of the bored viewers. It turns out, Ashley S. may have actually been the most normal of all the girls. 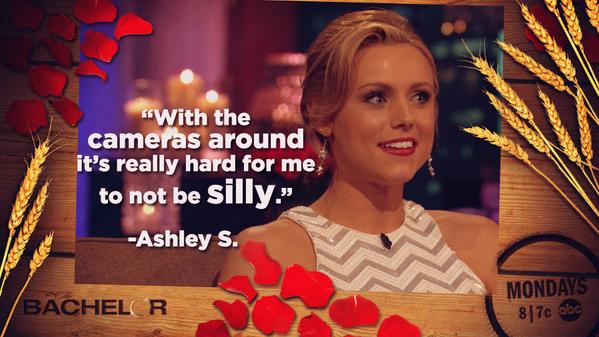 After gifting an onion to Chris Harrison as hosting gift, she goes on to tell us that she was mostly just bored on the show (and probably a bit drunk). She spent her time exploring the property and stumbled upon the accounting department and thought they were betting on the women… whatever that means. Chris asked “what are you?” and all she had to say was “I like to ride bikes.” She found it difficult to be serious in a situation that was so clearly fake– surrounded by cameras and scenery made to be perfect (hence her reasoning for the shock that ensued after realizing the pomegranate was real). I got the vibe that she felt like she was trapped in some type of Truman Show situation and thought what the hell? I’ll just be weird. 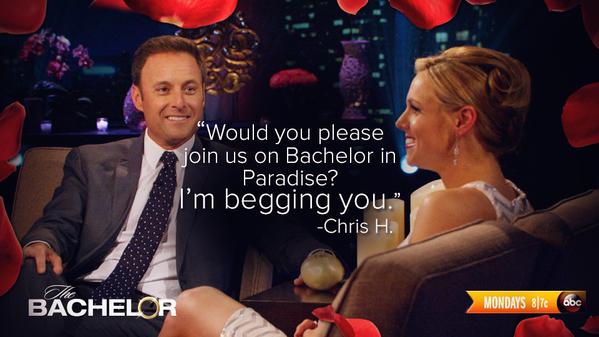 The only response we got out of Ashley S. for this question was the word “weird,” so I guess we’re all supposed to stay tuned to see if she shows up and causes some mischief. Fingers crossed she does; this girl needs more t.v. time.

Up next, we got to see a super sexy Jade in a curve-hugging red dress. Jade was very clearly heartbroken. Chris never really gave her a reason when he sent her home, but he wrote about the juxtaposition between the shy, reserved Jade he had gotten to know and the “wild mustang” Jade his family spoke of. Take that, add in an awkward viewing of her naked photos, and we’re left with a roseless, hurt hottie. 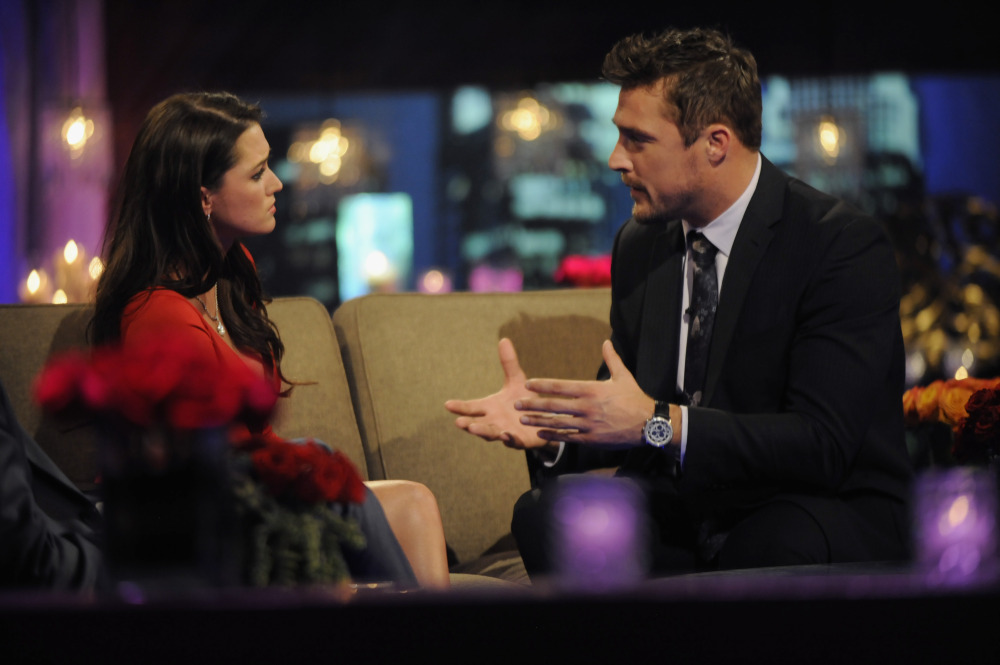 Later in the show, Chris comes out and reassures her that she wasn’t sent home because of the pictures. It’s pretty clear that if there is something going on in his brain, he has a tough time sending those thoughts down to this mouth. He’s great at apologizing and clearing nothing up.

A similar situation ensues when Kaitlyn (by far the hottest of the evening with perfect hair and make up and a white crop top/ skirt ensemble) tells Chris Harrison that she’s still confused. She wants to know why Chris didn’t give her “one tiny, little sign that [she] wasn’t the one,” and felt blindsided after letting her guard down and sharing a mutual “I love you” (and probably lots of sex). 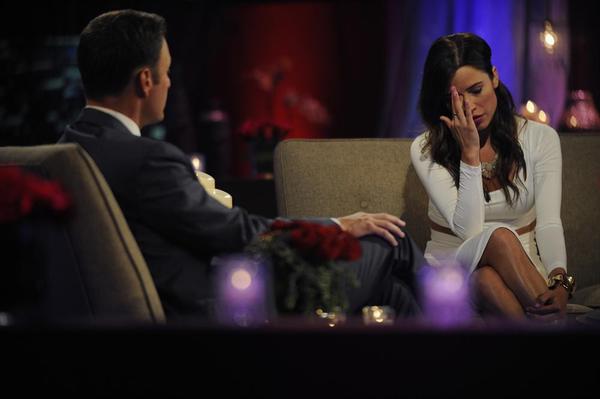 When Chris Soules finally talks with Kaitlyn, she wants a genuine answer and a reason that she was the one that went home. He offers up that there’s no true explanation; it was like “throwing darts at a dartboard in the dark.” I’m pretty sure no girl wants to hear that her lack of a fiancee comes from his inability to make a decision. Whoever wins will hear this quote and second guess their entire relationship. Chris is better off remaining silent.

When Bachelor Chris sits down to talk with Britt, she basically blames the disintegration of their relationship on  Carly spreading lies about Britt. Chris finally says something right! He clarifies that his reasons for letting Britt go had nothing to do with Carly’s words; the decision was based on their journey. I’m assuming her blowing up at him when he gave Kaitlyn a rose before hometown dates was the deciding factor.

Things you need to know: