Posted On March 2, 2015 By Victoria Wilmoth In Fashion For Women, Girlzone

Model MADNESS: Being a Fashion Designer in Knoxville Fashion Week 2015

Over five hundred miles later, seven and a half hours in a car, and having battled the “snowmaggedon” of the South – we arrive at Gage Talent Agency in Knoxville, Tennessee. The models were lined up clear out the door. In total, there were 140 potential models to chose from. They were all there for the designers of Knoxville Fashion Week. At 7pm, we walk in the door and are ushered to a back room to place our gowns on a garment rack. The problem? All the garment racks are full. Never a bad problem to have during a fashion show. It is always better to have lots of looks for the runway than not enough. However, we needed to find a place for our gowns. The people at Gage were great – they ended up making a makeshift garment rack from poles, a ladder, and some zip ties. (Props to the guy that helped us – that took some serious talent. I really wish we had gotten a picture). After we had hung all of our gowns, it was time to watch the model practice. All of the girls were dressed in form-fitting black tank tops and leggings. We watched them strut their stuff down the runway to where we were seated. Every girl had a number attached to her shirt. That way, we were able to write down the numbers of the girls that we thought had the right runway attitude. After picking our group of models on the runway by number, we had them meet us back in our room to be fitted in our gowns. However, that was not without its complications either.

As every designer knows, there is a certain look and attitude you want in your models. That way, you are encompassing the whole idea of your brand – gown and target audience. The problem is finding those attributes in a beautiful model, that has a great runway walk, AND that can fit your gown. In couture, sample sizes are significantly smaller than the average woman. Most garments are made for women with little to no curves. Some of the girls that we liked the very best, we weren’t able to use. There is nothing more upsetting than to fall in love with a few models and then not be able to use them. Around 8:30pm, we had been through our selected models of the original 140. We still had a few more gowns to fit. We went back out for a second look at the models. We needed tall, very thin girls to fit into the numerous long gowns of our spring collection. However, it was not without a few fashion casualties. We did end up having four zippers break and the lining of a gown torn.

A few hours later, frantic dressing of models with silk skirts flying everywhere, and making last minute adjustments – we had a majority of our models. It was around 11pm when were were finally able to finalize our model line-up. Even though it took that long, it was worth it. We are truly excited to see these gorgeous girls rock our designs on the runway.

To all the people at Knoxville Fashion Week and Gage Talent Agency – Thank You. You guys have been awesome. Make sure to check out Knoxville Fashion Week (KFW) and Victoria Wilmoth Couture! Victoria Wilmoth Couture will make its 2015 Spring runway debut on Thursday, March 5th! We will also be attending several of the other KFW shows. We promise to give you KFW updates here at Writtalin! Be a part of the MODEL MADNESS! 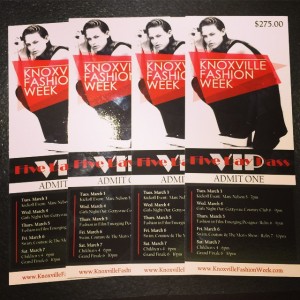 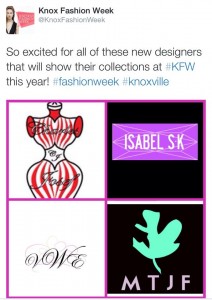 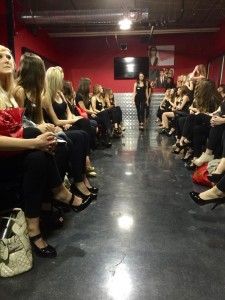 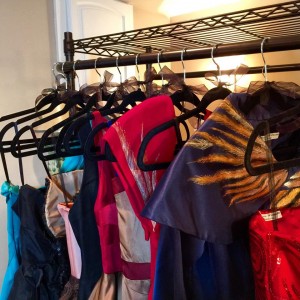