Posted On February 4, 2015 By Basic Becca In Television

Welcome to the Loony Bin: The Bachelor Season 19, Episode 5

I could just tell you that Kelsey is absolutely insane and I hate myself for ever liking her, but I know that you want (and maybe even need) some more details. But just know that would be enough to get you caught up on this week’s episode.

The travelling begins, and the girl’s head of to New Mexico. Megan has some trouble distinguishing between Mexico (a country) and New Mexico (a state in America). She also wonders if everyone wears sombreros in New Mexico. 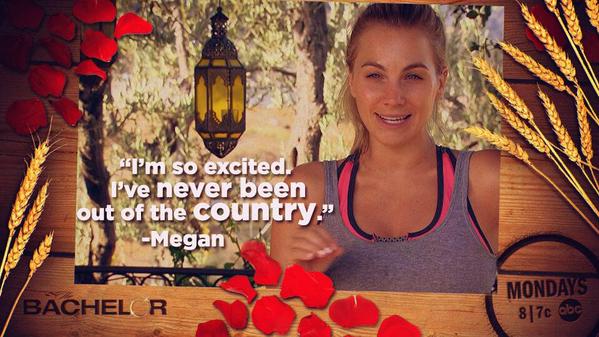 Carly gets the first one on one date, and if you’re anything like me, that date card made you think they were going to a sex workshop. They basically did that when the met with a love guru. This date took the word awkward to an entirely new level that I never knew existed prior to witnessing this mess.


The list of things more uncomfortable than watching that date is not a long one. The awkwardness dissolved, and Carly got a rose. Chris told the camera that “Carly would be the best wife you could ever ask for.” Chris is also dating ten other girls, so I don’t know if he’s the person to trust on this one.

White water rafting group date in the Rio Grande River. Megan worries there might be crocodiles. Kelsey’s crazy begins to show. No one seems very into the idea of this date, and then Jade goes overboard and Chris rubs her feet for thirtyish minutes. All of the girls wish they had the same disorder as Jade that makes her go into hypothermia and reasonable temperatures so that Chris would rub their feet. Perhaps Jade will reciprocate later. The river has been abandoned, and the women sit around on a couch wondering what’s taking Chris so long- maybe there’s an emergency, maybe he got lost, maybe he realized how pathetic all of you are and decided to go back to his farm and marry a stalk of corn. Turns out Jordan… drunk Jordan who twerked on a wall and said Jillian had a harry butt… has driven all the way from Colorado to ask for a second chance. When Chris finally meets the girls (with Jordan by his side), the fake smiles take over, and Ashley I (I guess we can just call her Ashley now) rolls her eyes about five hundred times. All of the alone time that Chris gets with each girl is filled with her thoughts on Jordan’s return and how that makes her feel. So no one’s relationship with Chris actually evolved on this group date. Ashley tells the girls they should all be mean to Jordan because she shouldn’t be here; Whitney tells the girls they should be nice– how they treat her has no impact on whether she stays or go. Ashley’s really great at showing the world what happens when you stay fourteen forever.

When Britt gets the date card she sobs because she’s so terrified of heights. She also mentions to Carly that she might shower for this date; turns out Britt hasn’t showered in WEEKS. I hate showering, I really do, but after a few days, I feel so disgusting that I have to get in the shower. This girl hasn’t been properly cleansed in weeks. That is plural. That means it has been over 14 days since she last showered. Chris wakes Britt up before dawn in her hotel room that is shared with three other girls. He notes that “she looks just as good right when she wakes up as she does when she’s dolled up for the rose ceremony.” Viewers note that she sleeps in a full face of makeup and that Chris is an idiot for thinking that her natural lip color is bubblegum pink.

Anyway, Chris and the queen of stinky have a date in a hot air balloon. Britt is not scared and does not cry, so now we know her phobia is really for attention. The balloon lands, and they retreat to his hotel room. She’s a liar because she tells him that she “honestly” wants a hundred kids; hyperbolic statement or not, Britt has previously told the other women on the show that she’s in no rush to get married and have kids because she likes the single life. I feel like it would be hard to enjoy being single if you had one hundred children… Also… super saggy vagina and obliterated insides. Britt gets a rose. 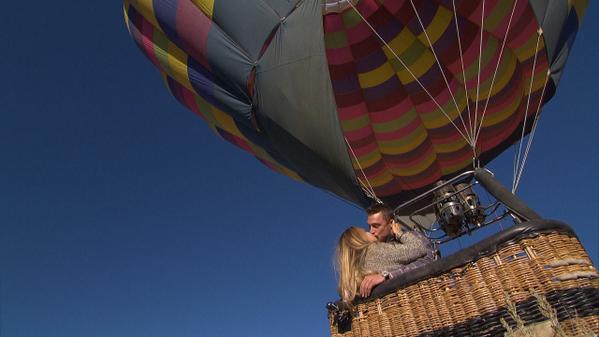 “This date started in bed and it ended in bed,” Britt says to the camera. Back at the mansion, the girls ask how the date went. Britt doesn’t keep much to herself.

“… and then we just came back to the hotel and we went to his room and like ordered room service and had dessert and coffee and then we took a nap! We were just in his room for like two hours. So, yeah, it was good; it was cool.”

While everyone is freaking over Britt’s date recap, Kelsey sneaks away to Chris’s hotel room to share her story. She starts out speaking to him as if he’s a child, “I’m stealing this time. The other girls don’t know.” Then she goes into the details of her first marriage, in which her husband, Sanderson Poe, died unexpectedly of congestive heart failure a year and half prior. She is crying while she tells Chris, but the entire thing feels like a prepared monologue for an audition or something. There is a lack of authentic emotion and far too much pride in her story. 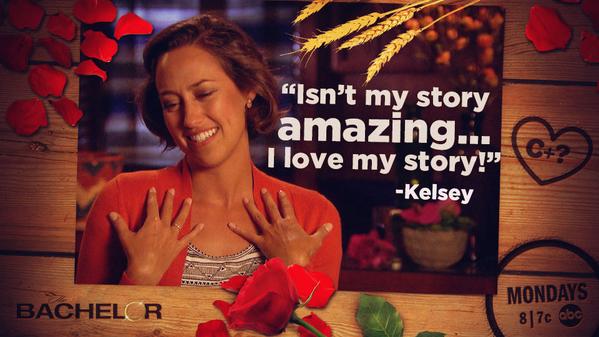 Immediately after telling Chris that her husband died and he was perfect and everything was perfect, she pounces on Chris and makes out with him. It looks very forced and uncomfortable and even has a moment where her left arm is sandwiched between their bodies and her hand is caressing Chris’s left elbow. She talks about her entire life as if she’s living in a story book. I feel creeped out just listening to her- I almost get a vibe that she killed her first husband to create a better story. Would drawing attention to the fact that she shares a last name with Edgar Allan Poe be going too far?

Chris meets with girls at the would-be start of the cocktail party. He tells them he’s had an emotional day and shares that Kelsey told him her story. He becomes visibly overwhelmed and walks out of the room after telling them that he needs to take a second. Apparently a second is the same as fifteen minutes because the girls are left with ample time to discuss what they think is going on.

Whitney quickly acknowledges that everything is all of a sudden revolving around Kelsey who gives the girls a teary monologue about time being a precious gift while manipulative Britt rubs her back. Kelsey talks about saying goodbye to someone because she knows she’s not going home.

Chris Harrison comes in to tell the girls that Bachelor Chris has decided not to have a cocktail party and go straight to the rose ceremony- which we never get because OMG KELSEY HAS COLLAPSED ON THE FLOOR OF THE BATHROOM AND IS HAVING A PANIC ATTACK!

Kelsey is scary and everything about her freaks me out- I can’t believe I ever liked her on this show.

There is still a girl named Samantha on the show that I know absolutely nothing about and am not even sure if I’ve ever seen her.

My final picks are Whitney, Becca, Kaitlyn, and Jade. With Carly as a close fifth. Not that I like all of them personally, but they seem to have the best chemistry with Chris. Also… how could I not choose Becca? Her name rocks and she’s gorgeous.

The winner needs to watch her back because Kelsey will probably escape her mental institution and kill her.