Posted On August 11, 2014 By Kelsey Darling In Dating For Women, Girlzone

Why Did You Kiss Me: A Speculation of Motives

I keep a make-out list.  If our lips have ever touched then your name is on it, along with interesting characteristics and goals that I check off as I accomplish them.  I’ve managed to secure Romanian, pre-med, and older gentleman (30+ years old) check marks, but am still seeking redhead, in a wheelchair, and Harrison Ford.

Though I keep a record of the Whos and Whats, I’ve never much considered the Whys.  Why did you kiss me?  What follows is my retrospective understanding of the reasoning behind some of the kissers on my list. 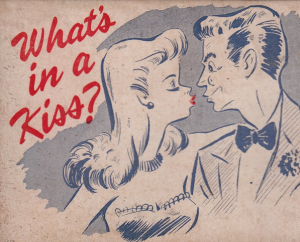 The First: Because someone had to be.

Even if it was long overdue and didn’t happen until college.  It was the kind of kiss that happens in a fort underneath a bed, with our roommates sitting on top watching a planet earth documentary.  You kissed me because someone had to.

The Indian: Because you had a boner.

I was at the edge of my Bollywood phase, about to take the deep plunge into gulab jamun, Dilwale Dulhania le Jayenge, and Shah Rukh Khan’s hero arms.  Indian men were hot on my priority list…any Indian man, apparently.  You were weird.  Not in a quirky, clever, interesting way, but in a strange and socially-alarming bizarre way.

When you described the book you were writing as a “sort of autobiography” about a woman with multiple personalities, that should have been a red flag.  Later you told me a creepy rape joke that you made up.  That one wasn’t a colored flag, it was a Get the Hell Out While You Still Can flag.  I can’t say why this didn’t deter me at the time.  Was I that blinded by the thrill of checking “Indian” off my list?

As bone-chilling creepy as you were, the damage was minimal.  Somewhere between  letting you dry hump my leg like a horn dog and molest my mouth as if you were lapping up water from your doggie dish, I lost my gold flower earring.  You kissed me because you wanted to do something about the bone buried in your pants. 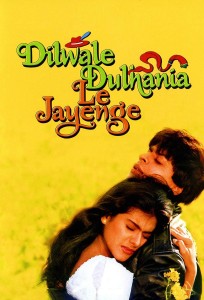 The Older Gentleman: Because I was young.

I was laying on your bed, so I guess I walked right into that situation.  But how did I know that an innocent group cuddle would lead to making out next to my best friend and your nephew?  You were entirely gentlemanly and informational, and it was all in good fun.  There was something foxy about the way you wore your years.  You kissed me because we all know foxes have a type.

Her: Because we were brave.

Brave enough to find each other and to ask the question, “What if?” at 1:00 in the morning.  Then it turned weird and complicated.  But the night I fetched you from the streets in my nightgown and rain boots, we had barely spoken before and it was so exciting.  You kissed me because you dared to.

The Australian: Because there was no one else around.

Some time in the later night, general group flirting whittled down until everyone had their pair.  We were the last kids picked for dodgeball.  So we shared a piña colada (and maybe a little more) on the dance floor.  You kissed me because I was available. 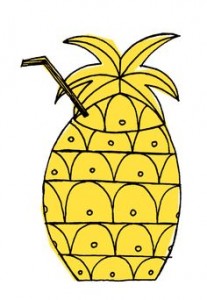 The NCMO (Non-Committal Make Out): Because you were bored.

I believe I was right in the middle of telling you NOT to kiss me, please.  I didn’t want to get involved in your mess with the girl you were/weren’t seeing.  But then you did…and it was fun.  So we kept going.  You kissed me because why not?

The Ex-Mormon: Because I actually kissed you.

After being inches away from your face for far too long, cuddling in a Santa snuggie, someone had to do something.  I accidentally told you that your face close-up reminded me of Haley Joel Osment.  But let’s all understand that I meant it in a cute way.  You kissed me because I kissed you first. 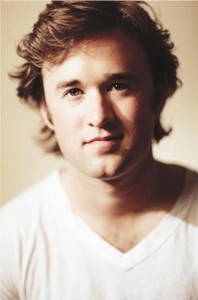