Posted On July 30, 2014 By Lucy Enright In Buzzworthy, Lifestyle, The Scene

All Aboard the Gluten-Free Bandwagon: Next Stop, SoulCycle

Is it just me? Or has New York City turned into a breeding ground for fad dieters and soul-searching cyclists? Whether they’re a lifestyle, or just fads to blast all over social media, these trends have spread like wild fire in the metropolitan area. Must be something in their coconut waters.

Gluten-Free and Other Fad Diets

And I don’t mean the people who have been gluten-free, vegan or vegetarian for most of their life. I’m referring to those who hear of a new diet and throw it into a rotation of about ten other fad diets that were trending at some point. You know, the one that’s on a juice cleanse one week, the Paleo diet the next, and vegan the week after that. All of which ended with a relapse involving a street meat vendor.

The most prevalent amongst these fad dieters, are the gluten-free bandwagoners. It won’t take more than a stomach ache for them to self-diagnose themselves as gluten intolerant. Yep, that’s got to be it, ‘cause there’s no way it’s last night’s booze and midnight cheese fries run. 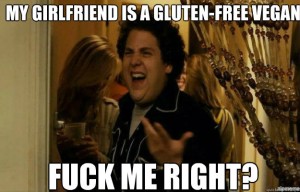 Bandwagoners seek attention. If they didn’t, there’d be no reason for them to jump on a bandwagon in the first place. So it’s only natural for them to announce their new lifestyle choice in a public forum (an appropriate choice may be: the office, a party, a wedding, and anywhere they’re not the center of attention). Sure, it’s only been 30 minutes since they’ve made this life altering decision to eat practically nothing, but why not tell everyone about it? Especially, since it’s like so on trend right now. It’s also the perfect new tagline to freshen up the about me sections of all their social media accounts. Not to mention, they’ll flood our newsfeeds with incessant rants about some restaurant that didn’t have a gluten free menu #FML #holdthegluten #itsawayoflife #insertirrelevantabbreviationhere. 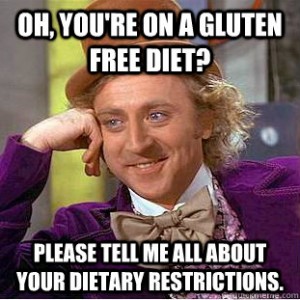 Keep in mind, these bandwagoners will jump off the bandwagon as fast as they jumped on it, because their research on gluten probably begins and ends with celeb bandwagoner Kim K’s tweet, “gluten free is the way to be.” Yea we get it, it’s your lifestyle…or at least was…till you crushed an 18 pack at Saturday’s beer Olympics. And just because you blacked out, doesn’t mean that Chipotle burrito didn’t happen.

Spin class? More like a 9 am Lululemon fashion show. But to those who are drunk off the SoulCycle kool-aid (or “hail to kale” juice), it’s all about becoming one with the bike, which can be achieved by a choreographed combination of pelvic thrusts, flailing arms, and crying…in the dark. Each class is different depending on the cult leader – I mean instructor. One class may feel like a sacrificial rain dance or some sort of exorcism, while another may leave you wondering if you should’ve dropped E before partaking in what seems to be a 45 min long rave. 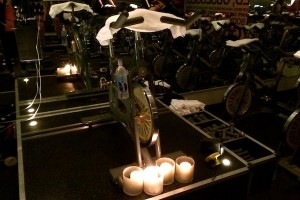 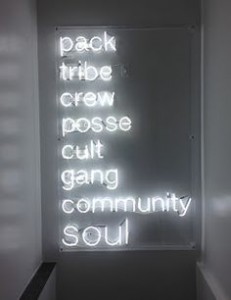 Unless you’ve completely soul’d your soul to this soul-less spinning sorority, consider yourself a SoulCylce bandwagoner. SoulCycle caters to their .nothing% of their cult-like following that are wealthy fitness elitists. These SoulPsychos are quick to identify and isolate bandwagoners based on a number of factors. For starters, their appearance. College tee and track shorts? Social suicide, girlfriend. Unless you’re in full hair and makeup, head to toe in Lululemon and/or overpriced SoulCycle apparel, and lack the ability to sweat, you’re probably a bandwagoner. 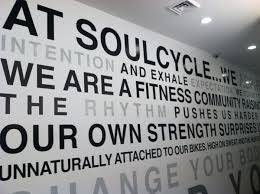 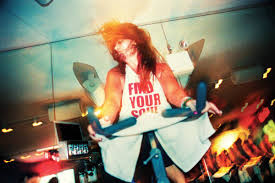 If you really want to prove your dedication to this, you can always pay the oh-so reasonable monthly membership cost of $500. Or, for all you trust fund babies and socialites, the Super Soul package will only cost your parents a small fee of $3500. Money can’t buy happiness, but it can buy VIP services at SoulCycle. Personally, I think I’d use that for a down payment on a car rather than a spiritual enlightenment on a stationary bike but hey, Namaste little badasses.