Posted On April 14, 2014 By Brendon Lemon In Dating For Men, Manzone

If the rise of superhero movies has taught us anything lately, it’s that audiences still crave stories about lone heroes taking on a world of injustice (seriously, to the tune of $95 million for the second weekend of Captain America: The Winter Soldier). Spider Man, Batman, The Man of Steel, heck, even movies like Divergent, 300, and The Hunger Games all prove it; people are obsessed with stories about someone with powerful, unique inner potential.

Has anyone ever watched Bond, James Bond, kicking ass and taking names while looking slick and bedding the finest lady around and not thought to himself “damn I want that?” If you’ve ever been a 13-year old male, ever had a crush on a girl and not had a clue what to do, or ever watched someone step out of a limo on TV and shake hands with the best-dressed people on the red carpet, you’ve had that thought…Or you’re lying to yourself.

There’s just something that resonates deep down inside a guy with that want, that need to feel effective, to feel dangerous. And unless you’ve got a hormone imbalance, you harbor the desire to wield the power to make moves, impress people, and make shit happen. We all have heroes like this: Bond, Schwarzenegger, Sir Richard Branson, Mark Cuban; whether fictional or real, these ultimate alpha males beckon and challenge us by example to be that kind of man. The kind of man that lands the big business deal, makes other guys just a little bit insecure when he shows up, and definitely has a Maxim model on his arm. THAT is who we want to be.

Until recently, for most guys, becoming a badass has been little more than a pipe dream. Unless he was born with the right look, in the right circumstances, or had some almost supernatural inner drive, attaining the uppermost heights of badassery seemed impossible. Then the mid-2000s saw the rise of a community of men who promised they could teach you to be cool, know the right moves, and bed any woman, The Pickup Community. For once, there was hope that the nerdiest among us could also learn to be dangerous. However, it’s been a few years now, and many of these “gurus” have been de-peacocked for what they were all along; buffoons at best, and charlatans at worst. And honestly, thank the gods that the brief glimmer of celebrity that the pickup artist movement enjoyed since The Pickup Artist premiered on VH1 has long since fizzled. It was a carnivalesque movement that brought us terms like Mystery, Matador, peacocking, sarging, negging, and whole host of other ridiculous vocabulary. The desire to become a social superhero is crisp and intriguing, but only the very desperate would want to become a furry-hat-wearing lunatic to do it.

And he’s right. The Art of Charm, a school that teaches hundreds of men a year pickup, social skills, and how to be charismatic, has occupied a unique position in the movement. It’s managed to be both a part of it and above it at the same time. Years after the pickup artist movement has breathed its last, pained breath, The Art of Charm is not just still around, but doing more than ever. 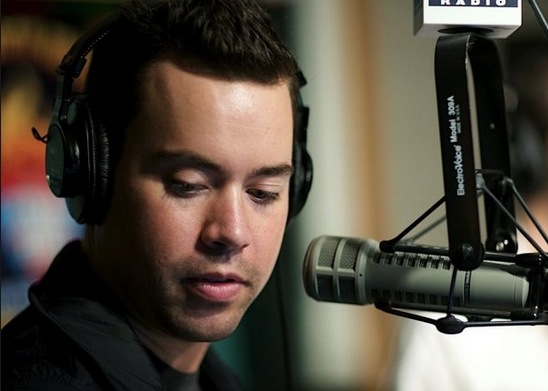 Jordan Harbinger, the man behind the Art of Charm.

Starting as a simple podcast eight years ago, The Art of Charm has provided hundreds of hours of free content still available for download on iTunes. It began back in 2006 when Jordan was working at a Wall Street law firm and decided to ditch the posture-destroying desk labor of the job and instead focus on networking at the advice of a colleague. “The people who are indispensable in firms, especially law firms, are the people who have the business relationships,” he says. “There’s always going to be someone who’s going to outwork you. The partners who got paid the most were the guys who brought in business. So I decided to hell with the rat race, I’m going to learn how to network.”

After meeting his friend and now business partner, AJ, who was rather excellent with women, Harbinger turned his intention to learn business networking to include improving his skills with women. Those skills soon got the attention of friends and acquaintances who were also looking to increase their chances with women.  “We started going out and creating relationships and networking, and I focused on the dating stuff, and we met a huge amount of guys who started buying us drinks to hear about it,” said Harbinger. “And honestly, we just got tired of repeating ourselves six nights a week.” Thus the podcast was born.

The podcast, once known as The Pickup Podcast, gave Harbinger a platform to network with everyone in the bourgeoning pickup community. With access to every bit of knowledge they could get, AJ and Jordan began field testing everything they could about how to talk with women and network. With their real social lives as a laboratory, they began seeing what worked, what didn’t, and what needed tweaking.

“We broke everything, and created advanced versions of everything,” says Harbinger of this experimental phase. Slowly but surely a blueprint was starting to form.

But wait, I can almost hear you thinking, isn’t it wrong to manipulate women?

“Yes it is sleazy to manipulate women. Good thing we don’t do anything like that at The Art of Charm,” says Harbinger, emphatically.

Rather than taking the road that other pickup community personalities did and create “patterns” and “routines” to push a woman’s buttons, AJ and Jordan focused on engaging men at a deeper, core level. “It’s a men’s movement. It’s not about pickup, it’s about bettering yourself,” Harbinger says. This sentiment is reflected through the marketing The Art of Charm puts out; slogans like “Becoming a better man takes work, and it never happens alone” and reminding guys that having beautiful women surrounding you is just the icing on the cake of a badass life. So why focus so much on picking up women? If you have to ask that question, you may be in the wrong section of this website.

“Pickup is great because it’s an application of bettering yourself applied to women, which of course men are interested in,” says Harbinger.

If evolution is true, then logically we should have “the code” embedded somewhere within us. Our fathers, grandfathers, and all men down the line all successfully picked their balls up, survived, and got laid at least once. So if this is true, then why has the pickup movement only happened recently? And why do so many men seem to be having trouble with attracting women now? Harbinger has a theory; that in the wake of the information economy and successive waves of feminism, men simply don’t know what their gender role is anymore. “No one is telling men what to do,” he says. Without a blueprint, a guidebook to help point you in the direction of how to have a great life, men are left guessing, and thus a proliferation of men who aren’t themselves being adults. “It used to be that men were protector-providers. Now our gender roles are confused. Women can do anything a man can do, and this leaves a lot of men confused as to what they should do.” This is where the guidance found at AoC can help: to unlock the awesomeness a man already possesses inside himself.

Sharpening the knife, unlocking some badassery inside yourself to unleash in your own life, picking up the tools to start scaling the social goals you’ve set for yourself; all of this sounds amazing, but definitely challenging, and maybe even terrifying. Perhaps this is why so many of the clients to come through The Art of Charm program happen to be from the military. “We get a lot of military guys who are like, ‘awesome, another tool for the toolkit!’” Harbinger points out. These are guys who are used to feeling the fear, and who aren’t scared to take a look into themselves and meet the challenge of going for what they want in life. “It’s the guys who have that base-layer of insecurity,” says Harbinger of people who become critical of the program. “It’s the guys who have a self esteem issue who are quick to try and come up with reasons why they don’t need to go through [the AoC program.]”

For this guy, your humble narrator, it’s an uncomfortable reality that like it or not, you’ve got to pick up your balls and learn how to network and talk to people. It would be a lot easier if life were just like a first person shooter, and you didn’t have to negotiate the sometimes uncomfortable social environments that require you to really put yourself “out there”. It’s pretty clear that this is why The Art of Charm trains so many special forces guys. The ability to become an armchair preacher on the internet, the instant gratification of pornography, and on demand television has given us all the illusion that we don’t need to put in any effort to handle ourselves, and instead the world owes us something. It’s disturbing to realize that you’re not instantly a badass, you’re not just born with special powers that enable you to win the game automatically, you’re not Superman. Like Tyler Durden said, that deep down, you’re just as un-unique as anyone else who has ever lived. But at the same time, it’s nice to know that there are men out there who are willing to support you through your own hard work to become that superhero in your own life. And hell, get some great stories with some great women in the process.

In the end, this is perhaps why The Art of Charm is still around while the majority of the pickup community has gone the way of the trilobite – because it’s about you. “It really has nothing to do with women,” says Harbinger. “It’s more about being authentic and confident. And once you handle that you’ll be like ‘damn, where’d all these women come from?’”

Full disclosure, your humble narrator has been listening for years, and is planning on taking the AoC live-in program at some point in the future. However, I’m receiving no discounts, kick-backs, or any other kind of compensation for this article. Either way, do yourself a favor and check out The Art of Charm on iTunes and let the hours of free value speak for itself.

Brendon Lemon is a comedian & writer from Detroit, Michigan. He started doing comedy at age 14 and was a featured comic in the 2008 documentary Be Funny. He's performed stand-up in seven countries on two continents. His interests include reading Baudrillard and Zizek while listening to The White Stripes. Follow his cracker ass at @BlkBnr on Twitter.