Let Me Enlighten You on the Faults of Comic Sans.

As I walked into lecture today, to my surprise, I noticed that my professor, who is regarded so highly in the world of academia, decided to use Comic Sans on the lecture slides. Believe me, it took every ounce of self-control within me to not walk right out then and there.

Professor, I respect you immensely as an intellect, and you are far more learned that I may ever be. However, let me tell you exactly why I can’t take you seriously with Comic Sans:

Some may say Comic Sans is just a font—what’s the big deal? NO, it is not just a font. Comic Sans is every graphic designer’s nightmare, every student’s downfall, and quite frankly, every person over the age of ten’s folly.

Comic Sans describes itself in its own name—comic. It is the derp of all derps. There is a specific reason it is used for Doge memes, and it was originally invented for an animated dog to teach novice Microsoft users. The font might as well be the literal representation of this picture: 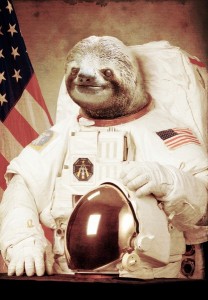 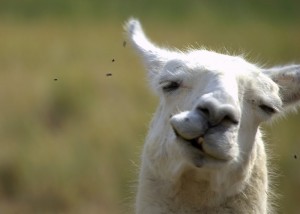 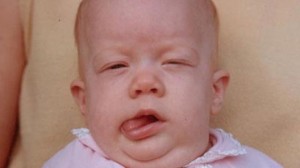 Visually, Comic Sans may as well be crayon scanned onto a computer screen. Microsoft didn’t need to pay someone to design this font—they could have just gotten a precocious toddler to scrawl out the alphabet for them. When you read something written in Comic Sans aloud, your voice may as well be that of a squeaky baby’s. Even when you slam on Capslock, it is merely as if tiny tots are yelling at you—but ever so softly, oh so gently—negating the entire urgency of the statement. Bottom line is, no one cares what the sentence even says if it is written in this awful type.

Now imagine this font in your business emails, your interviewer’s notes—your professors’ and respected colleagues’ presentations. Using comic sans is analogous to showing up to your black tie date in a clown suit, to your business meeting in a onesie, to your sister’s wedding in a turtleneck and cutoff jorts. You don’t meet professionals and parents with their hair in pigtails, with popsicle stains on their shirts, with snot dripping down their noses, because they’re adults and so are you—so why are you using the font of a child to communicate as grownups? Yes, it’s true that not everything must be a professional affair with formal typeface—in fact, there is a certain time for fonts other than the austere Times New Roman. However, you are a well-adapted individual past primary school, who doesn’t need to be spoon-fed, and who has knowledge of life beyond the ABC’s. If what you say and what you write reflects you as a person, then act your age, not your shoe size.

Don’t worry, you are not the only offender of this dreadful crime—the preschool I work at is abundant with labels in Comic Sans everywhere—it’s important to indicate where the Potty is, what the color yellow looks like, and the importance of not picking your nose. Quite honestly, although this font may be more appropriate for three to five year olds, it really doesn’t even have a place in a daycare. It is crucial we start children early on, so they won’t be reading derpy fonts for the rest of their lives. Perhaps this is plausibly why our children are lagging so far those of other countries. The real question is: Why is this still included in Microsoft systems?

So, Professor, I would like to believe that I go to well-respected, intellectual university. I would also like to consider myself and my peers fairly well-adjusted adults (term used loosely). Please, for the sake of our college, for your students, for yourself and the greater good, understand that you cannot continue to use Comic Sans.

Readers, I implore you to pass this message on so we do not repeat this vicious act. Awareness is the only way we can put an end to this monstrosity.

Karen hails from Boston, but she now hails to the University of Michigan, where she pursuing degrees in English and psychology (otherwise known as a career as a starving artist). Although she is still waiting on her Hogwarts acceptance letter, she aspires to be a writer or journalist. You can usually find her at the nearest Panera, discussing good films, good art, and perhaps the meaning of life.