The 7 Best Movies for Girls’ Night

The only evolution Girls’ Night has undergone since middle school slumber parties is the introduction of alcoholic beverages (pink wine, Mike’s Hard, smoothies that will get you drunk). I still love my friends most when we’re in our sleep clothes, snuggled up, eating unhealthy snacks, and quoting or singing along to our favorite movies. Most chick flicks aren’t really my jam, but I have a soft spot for “girly movies” that focus in on a quality best friend team be it two, four, or a whole freaking team. Watching these movies alone doesn’t even feel right, but that doesn’t mean it hasn’t been done.

Quite possibly my favorite movie ever, Now and Then focuses on four best friends that have lost touch but come back together for the birth of a baby. Meeting in the tree house they spent a summer saving money for, the quartet reminisces on the joys and struggles of that special summer. Bits of family drama, a strange amount of sex talk for a children’s movie, and a whole lot of bestie lovin’.

Are there people in existence that haven’t seen this movie? Basically know who your real friends are– Damian and Janis Ian > The Plastics. 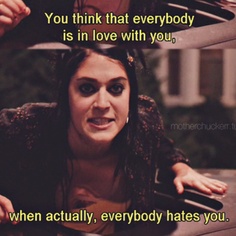 Sisterhood of the Traveling Pants

A movie adapted from the greatest book series of all time (despite being a tomboy, I had a serious Sisterhood addiction). I still dream about a world where one pair of pants could fit Blake Lively, America Ferrera, Alexis Bledel, and Amber Tamblyn. The friendship between the four of them withstands an abundance of heartache (almost as much as a season of One Tree Hill), but in the end, they’re all there to support one another with the aid of the magical pants. Great for a cry fest.

This bestie duo make a great effort at trying to impress their high school haters at a ten year reunion, but in the end, the two realize life is better when you stick with the ones who love you for who you are– PREACH!

A League of Their Own

A drunk Tom Hanks coaches a baseball team comprised entirely of women during World War II. They sing a song that I wish was an option at karaoke. Basically they hate each other and then they don’t anymore. This movie is amazing- go watch it with your best friends.

Ass-less chaps, an alien invasion, and the greatest musical talent to ever roam the earth- what more could you want in a movie? It’s a dramatic sing-along and a cinematic masterpiece. 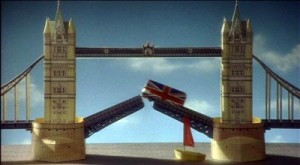 This movie will never stop being funny to me. I’m obsessed with almost every second of it. Watch it with your girlfriends, quote every word, and hit every note. (One time I was so drunk that I cried while they sang “Party in the U.S.A.” on the bus.) 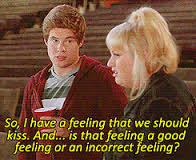 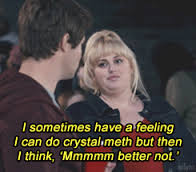 Should I be embarrassed that Rosie O’Donnell is in two of these movies?