Posted On April 21, 2014 By Jason William Spencer In Movies

The Big Lebowski: To Sequel or Not to Sequel?

I divide the world into two very distinct groups:  The ones who have seen “The Big Lebowski” and the ones who have not.  If you are in the latter group, please immediately stop reading this story and go die in a fire, you are dead to me.  This story is for those special people that view the world through the musings of the greatest human being to ever walk the Earth, “The Dude.”  The big question for these intellectual heavyweights has always been should they do a sequel? 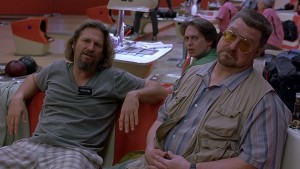 In recent years, Hollywood has gone sequel crazy!  The “Batman,” “Spiderman,” and “X-Men” franchises have seen tremendous success as they churn out sequel after sequel.  The reason for all the sequels?  Studios are sick and tired of losing their ass and have looked to “tentpole” films that already have a built-in audience.  Not a terrible strategy, considering the inflated box office numbers those sequels receive – in the foreign market especially.  But what about the cult films, the little guys, the special films that we watch hundreds of times over and over, the ones were we can recite the script on a whim over a watered-down “Caucasian?”  Well, their time may be coming.  The recent announcement of new “Mrs. Doubtfire” and “Goonies” films, in addition to the long anticipated “Dumb and Dumber” sequel, has some followers of “Dudeism” wondering “Fuck it Dude, let’s go bowling!”

This longing for a sequel to “The Big Lebowski” has hit fever pitch in recent days as “The Jesus,” John Turturro, was coy in responding to a TMZ reporter’s direct questioning about a follow-up, even mentioning the possibility of a spinoff!  So let’s let our minds wander, let’s get silent, sit on our rug, and contemplate the possibilities. 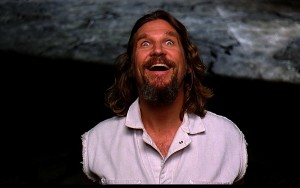 True Sequel:  This is what most fans would approve of.  In the vein of a “Naked Gun 2 1/2” and “Airplane 2.”  A true sequel with the original cast, just a new adventure.  Everybody on board, no silly replacements or gimmicks, just “The Dude” and “Walter” trying to adjust to Twitter, Facebook, Miley Cyrus, and medical marijuana.  “The Dude’s Marijuana Emporium” anyone?  On Radford of course, near the In N Out Burger.

“Shake it up” Sequel:  This is possible as well, but it may lead to pissing off the entire fan base quicker than “Bunny” being willing to “suck your dick for a thousand dollars!”  A sequel based upon the “little” Lebowski that was on the way in 1998?  A 16-year old Dude offspring, fights his way through being bullied in high school, to become the youngest Professional Bowling Champion?  The Coen Brothers might have to hire more personal security if they go down this road.

Prequel:  Same characters, but different actors.  Another way to really piss off the base.  Imagine “The Dude” finds himself growing up in the 1960’s, surrounded by squares, and leading the hippie revolution?  See the “Dumb and Dumber” pre-quel to see how viable a option that is. 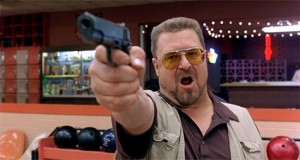 TV Show:  This is an interesting choice that really could be possible.  Consider the Coen Brothers recently teamed with FX to turn “Fargo” into a TV series.  So they have a recent history of going down that road.  Consider this, set in North Hollywood, “The Dude” has become quite successful, he has become the go to “Guru” and “Spiritual Guide” to the stars, spreading the tenants of “Dudeism” to the Paris Hiltons and Justin Biebers of the world.  Stranger things have happened.

Spinoff:  This may be the most likely of them all.  Can you imagine a movie starring John Goodman as “Walter Sobchak?”  Maybe the ghost of “Donny” comes back to get a few “shut the fuck ups” thrown his way?  Maybe “Walter” finally discovered his true calling in life, to be a Middle School History teacher?  “You little fuckers ever heard of Vietnam?!” 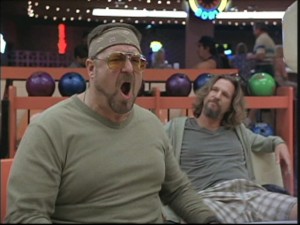 Will any of this actually happen?  Who knows?  As a person who personally lives near the In N Out Burger in North Hollywood, I can only hope “The Dude will abide.”