Posted On November 13, 2014 By Ascher Robbins In Internet, The Scene

The Patriots (@Patriots) became the first NFL team with one million Twitter followers this evening, and decided to celebrate this achievement by mentioning everyone who retweeted the below status with their own “custom Patriots jersey.”

Unfortunately, the Patriots social media people didn’t anticipate that some Twitter users have some…questionable…Twitter handles. The image below shows a tweet that remained on the Patriots page for over an hour. Let’s just say…someone probably lost their job. 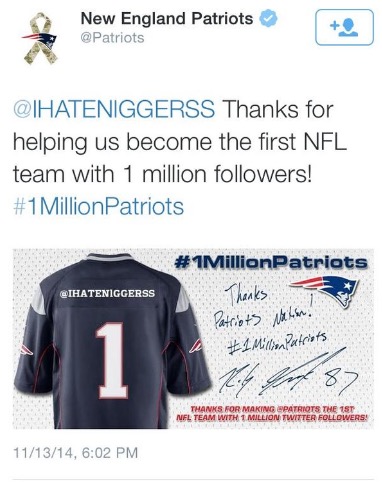