Posted On May 13, 2014 By Rachel Harrison In Buzzworthy, The Scene

The Phases of Netflix Addiction

Netflix is a fickle friend. It’s difficult to resist falling victim to a Netflix addiction. It’s so easily accessible and not to sound like the stereotypical bad influence in a D.A.R.E. ad but…everyone is doing it.

With all this talk about Netflix I might as well see what’s up. Sometimes I like to have the TV on in the background while I do other stuff like clean my apartment or check Facebook. 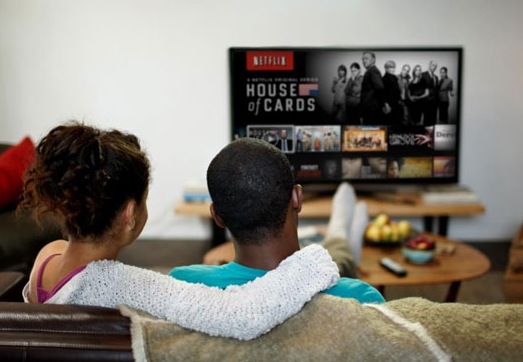 Top picks for me? Why thank you, Netflix. You’re so sweet and thoughtful! I would have never watched Derek on my own but I’m so glad you recommended it because it’s a really touching show with just the right balance of humor and heartfelt moments. What’s that you say? I may like The IT Crowd? Well I suppose I’ll give it a go! 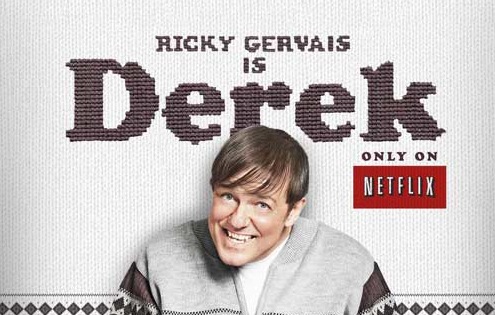 Sorry, I, uh, have plans tonight (I don’t really have plans). I can’t hang out (I can but there’s something else I’d rather do). I have a date (a hot date with my remote control). Oh, just a friend (named Netflix). Whatever. I work hard. If I want to sit back and watch some Netflix it’s totally okay. It’s fine. I deserve it. It’s relaxing. Besides my doctor told me I have slightly high blood pressure so I need to relax. My health is at stake. Basically if I don’t sit on my couch and watch Netflix I could die. 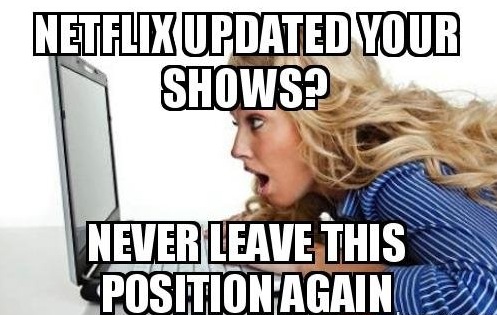 Wait they raised the price by a dollar a month? What? That’s bull! Wait, no, I’ll pay it! I’ll pay it! I’ll get the money. I’ll figure it out. I’m halfway through The Tudors and it’s not even that good but I can’t just abandon it. Henry has three wives left! And after I finish The Tudors there’s a documentary on the Golden Age I need to watch because I’m now very invested in late 16th Century England! Also, whatever happened to Jonathan Rhys Meyers? He’s in a show about Dracula? Is that available on Netflix instant watch? No? Okay. It will be. I’ll be waiting.

I could stop any time I want.  I don’t have a problem. I love Netflix. Netflix makes me feel good. There’s nothing wrong with that. 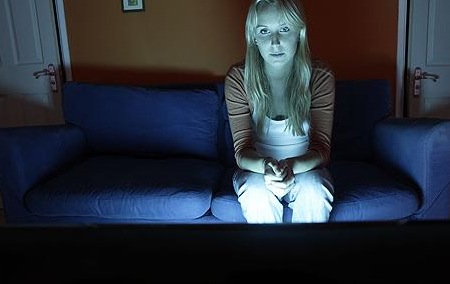 It’s not loading! It’s not loading! What do you mean there’s an error and to try back later? There is no later! What am I supposed to do in the meantime, huh Netflix? Read a book? Be productive? Call my parents to see how they’re doing? Leave the house? Load, for the love of all that is good, load! 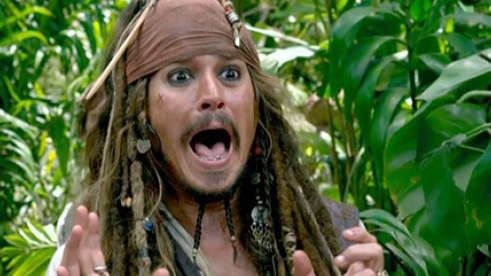 I might have a problem. I might need to take a little break from Netflix. Just a little one. Just for a little while. Just until I can remember what my name is and what my dreams and aspirations once were. 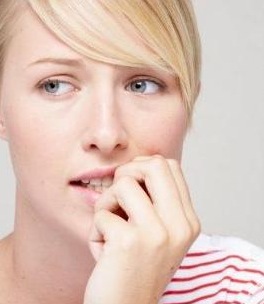 Phase 8: …have you seen the second season of House of Cards?

Robin Wright is beyond fierce. 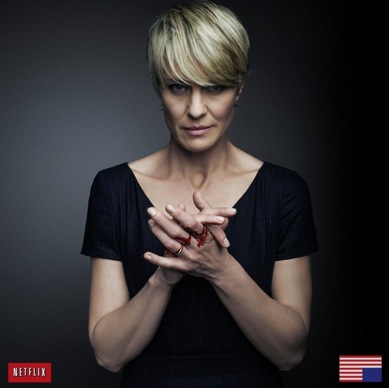