Posted On May 9, 2014 By Renée Rapin In Buzzworthy, The Scene

Yes that’s correct. And I’m not talking about cats and dogs here, I really mean fish. On Monday, during a rainstorm in Sri Lanka, villagers were surprised to have over 50kg of fish come down as well. It is believed the fish were pulled from a nearby river. This is not the first time the country has seen fish rain. Early in 2012 a nearby village witnessed prawns fall from the sky. So I guess this is kinda cool. Talk about your endless sushi and fish fillets but I’m not sure the actual act of raining fish would be that great. One, it probably smells absolutely terrible. And two, can you imagine being pelted by fish on your stroll to work in the morning? No one likes to be fish slapped.

Last weekend, the so-called Hook-Up Truck debuted on the streets of San Francisco looking to lend a helping hand to couples in need. The box truck is designed to give couples ultimate, mobile intimacy in a room designed just for that purpose inside. Owner Spy Emerson designed the concept as an art project but decided to make it a real life project. 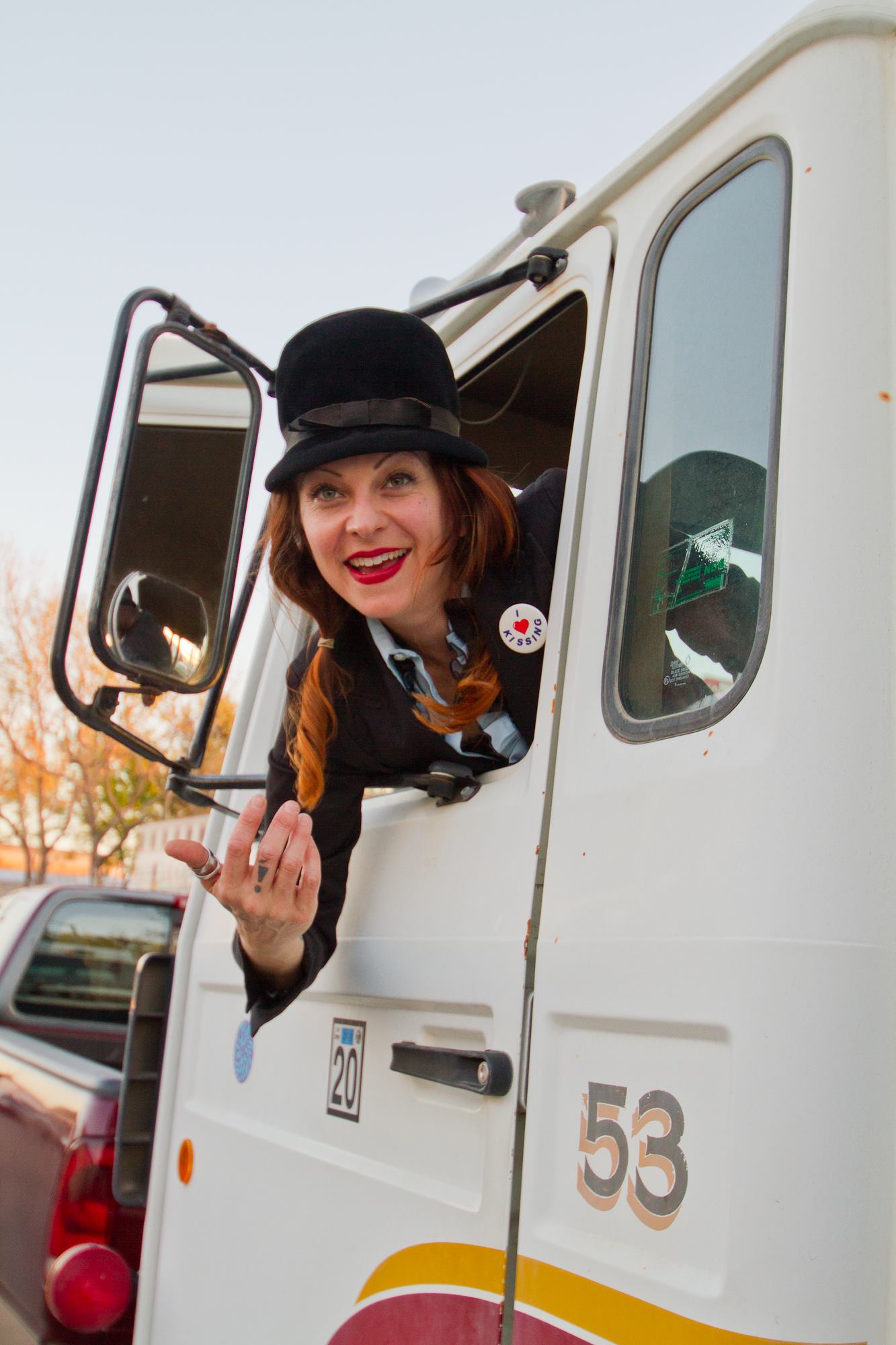 Emerson with her truck.

Controversy is surrounding the sex truck and already it has been banned in a few places. But despite the flack, couples are willing to try. Many people are interested; whether they are curious to check it out or curious to check it off their list, Emerson’s experiment is one of a kind. Definitely something only a city like San Francisco would try. And don’t worry, each session comes with complimentary birth control and STD preventatives. Stay safe SFers! The Hook Up Truck keeps the interior room very hidden

Looks like Clay Aiken is not going to settle for second place again. Aiken is currently leading the North Carolina Democratic primary for a U.S. House seat. Aiken seems hopeful his star power will give him an advantage. Star power? Does anyone even watch American Idol anymore? Is it even on TV still? I think he’s still bitter about the loss to Ruben Studdard. But regardless, I find it pretty amusing he’s moved on to politics to find some fame. I really hope whoever tallies the votes counts each one out loud. You go Clay Aiken!

A Pennsylvanian grandmother has been arrested after her 7-year-old grandson was caught with her heroin at school. The child’s teacher overheard him telling another student he had the drugs. When questioned, he claims he found it on school property. At least one child took a packet of heroin home. First off, WHOA. What 7-year old knows what heroin is?! And a 7-year old drug dealer?? WHAT.

I bet Roger was into drugs. But even he was older than a 7 year old.

Parents were notified to check their children for heroin and the grandmother’s home was searched. Lo and behold, heroin bags were found throughout her home as well as inside a pair of children’s shorts. The woman claims she was keeping the drugs “in case of an emergency.” I’m really curious as to what type of emergency requires heroin.

I guess an apocalypse might count as a heroin-needed emergency.