Posted On January 20, 2015 By Basic Becca In Television

Mr. Kimmel took over The Bachelor this week which is really the only explanation I have for the lack of Ashley S. screen time (that or she took her meds and was no longer entertaining). This week’s episode was filled with middle school drama that I had trouble keeping up with as well as dates planned by Jimmy Kimmel- a much needed dose of reality was given to these “reality” tv contestants.

One of the greatest gifts Jimmy Kimmel gave to the women of The Bachelor is the Amazing Jar. It amazes me how frequently the word “amazing” is used on this show. Kimmel took note of this and integrated a swear jar type deal where $1 goes in the jar when a person says “amazing.” I have no doubt that the funds raised in this episode alone could pay off my student loans, so hand it over ABC! 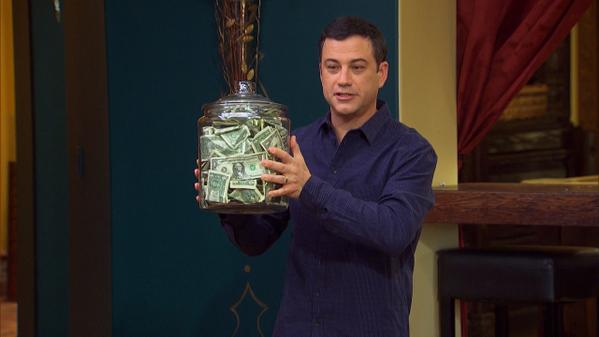 Jimmy Kimmel is a godsend that this group of girls desperately needed. He got to plan the dates this week which meant real life experiences. First date card went to Kaitlyn (our friend with sparrow elbow patch tattoos); the limo pulled up to Costco. This is actually a dream because there is an abundance of free samples, and as Jimmy pointed out in the shopping list he gave them, you can buy enough ketchup to fill a hot tub and an office chair at the same store. If that’s not convenience, I don’t know what is. Following their shopping trip to Costco, Kaitlyn and Chris have a backyard picnic and are joined by Jimmy Kimmel and the questions we’ve all been dying to ask.

Kimmel attempts small talk: “I assume there is love-making in the fantasy suite” and then asks Kaitlyn how she would feel if she made it that far and knew Chris had banged the other chicks. Her response: I wouldn’t hold it against him, gotta test drive the car before you buy it. I think we all know that no person would be that okay with her “boyfriend” having sex with herself and three other girls in the span of four days. “If you want my advice… try to have sex with everyone on the show,” says the greatest sidekick in Bachelor history. I have a feeling Chris may take this advice a bit too seriously. I have another feeling that Chris Harrison is threatened by Jimmy Kimmel stealing his only friend. The date ends with Chris and Kaitlyn making out in a ketchup free hot tub while Kimmel looks on from an adjacent corner of the tub with a bucket of wings. 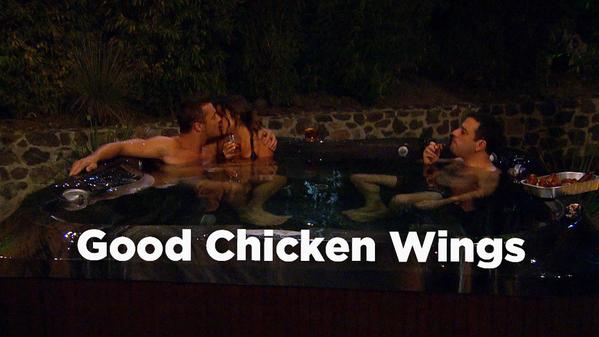 We also learn that Chris has the most annoying giggle of all time.

That giggle! Chris sounds like a woodpecker on wine coolers! #thebachelor

Next up: Kimmel approved group date called the Hoedown Throwdown (not sure if based of competitors or nature of competition). A “farm strong” obstacle course: shuck corn, get an egg from a chicken pen and fry it without breaking the yolk, milk goats and drink the goat milk, shovel manure, wrestle a greased pig. If Chris is looking for a farmhand, he probably should have just posted on Craigslist instead of making these women spend money on revealing bathing suits and belly button rings shaped as genie lamps.  Carly, the Disney cruise ship girl, wins the battle for Chris’s heart and is rewarded with a photo shoot. Later, she romantically reminds Chris that “you are a man. I am a woman.” 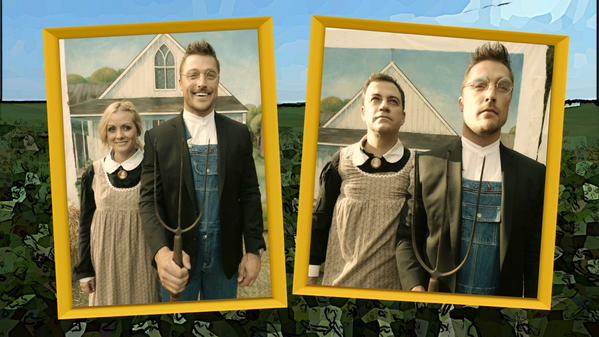 The post throwdown party got real weird, real fast. Mackenzie, the young mother to Kale, asked Chris if he remembered when they kissed and asked why he was kissing other girls. Does she know what show she’s on? Later in the evening, Chris and Becca spent what seemed like a romantic time on the rooftop with a view of L.A. They closed out their time together with a hug. Hugging the make out king doesn’t seem like it would be accompanied with a promising ending; Becca “[hopes] you don’t need a kiss for a rose.” Turns out her hopes were heard; she went home with the rose and a pack of whiny brats. The next one on one date was with Whitney. They wore matching hot pink shirts that made me want to be blind and had wine and cheese. Then they crashed a wedding posing as the retired bachelor and his trusty fiancee. Whitney thinks “there’s something about weddings that is just so romantic,” and I have a feeling she’s really on to something. This date is the most relaxed Chris has seemed thus far- he really lets loose on the dance floor and a sincere connection between the two is definitely brewing. Whitney may be in it for the hubby; she shares that her bouquet success rate has just dropped to 8/11. She gets a rose, that’s got to count for something. 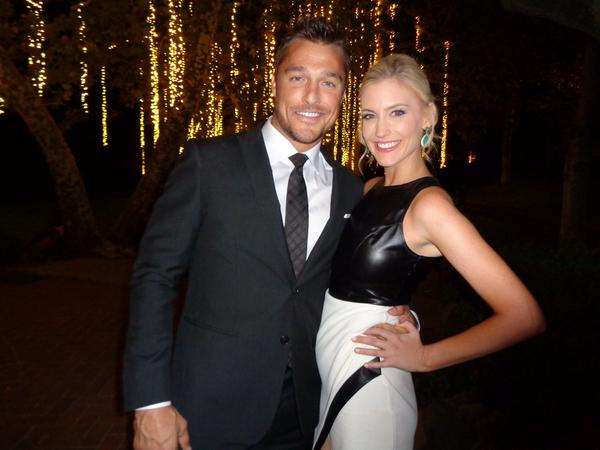 Rather than hosting a lameass cocktail party like Chris Harrison always does, Jimmy Kimmel decides to have a pool party instead. Ashley I is upset that there won’t be a cocktail party where she can channel her inner Kardashian and know that her false lashes will remain intact. Jillian’s butt is still censored. And for some odd reason, Juelia things this is the perfect time to share that her first husband killed himself- Chris proves to be a great listener and allows her to sob into his moobs, so I guess it didn’t go horribly. Jade, a mystery woman, asks Chris if she can get a tour of his place. This of course leads to a serious make out sesh on Chris’s bed where I’m pretty sure America got to see boobies. 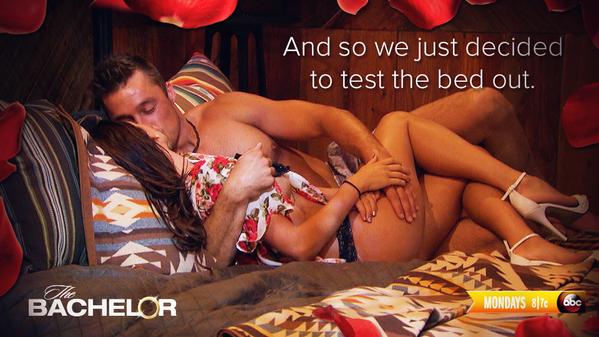 I’m pretty sure that’s a boob.

While Chris and Jade are getting hot and heavy, Jillian and her censored butt are sitting alone in his hot tub staring at the sun and possibly farting, that part is still unclear to me. High school drama gets real when Chris joins her in the tub and the plastics (Ashley I, Mackenzie, and Megan) ask if they can come in too. Ashley cries and the combination of tears, sunshine, and anxiety cause her fake lashes to slump and give her a nice drag queen look. Chris kisses more people. Ashley I. cries and laughs and cries some more because she’s needy, pathetic, and in the sixth grade.

They’re using the censor bar on Jillian cause they don’t want us to see her cock and balls. #TheBachelor

Rose ceremony is here and bathing suits have been traded in for gowns. Jade and her boob get the first rose. A couple girls I’ve never seen get roses. Ashley S, our sedated psychopath, is still in the game. The final rose goes to Ashley I., and we are blessed with the most dramatic eye roll in the history of the world. We say goodbye to Amber and two other girls I’ve never seen before. Amber is upset that she’s leaving, but I think it might have something to do with the Hoedown Throwdown. “It’s salty and warm– not stuff I like in my mouth,” she said about the goat milk; Chris must have overheard and decided their future was dull.

My pick for the winner: Whitney

My pick for The Bachelorette: Jillian