Posted On August 26, 2014 By Kelsey Darling In Lifestyle, Miscellaneous

3 months of living at home after college and the misery that accompanies such a mistake nearly devoured my spirit.  I decided on a flimsy whim to move to Utah at the invitation of an old high school friend.  Provo, UT was the strangest choice of pit stops on my post-grad real world adult life beginnings.  Living in one the of the most conservative cities in the U.S. for 9 months, where 98% of the population is Mormon, was certainly different and mostly interesting.  I’d like to think this important detour taught me some valuable lessons:

I was no trollop to begin with, but I also had no qualms against baring my boney shoulders or wearing short skirts.  Though I never did shop at the local Sexy Modest Boutique, I did practice wearing shade shirts (shirts worn under shoulder-revealing tops to make them modest) and maxi skirts (the kind that go all the way to your freaking ankles). 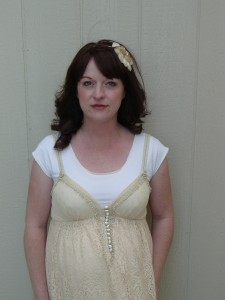 2. The Goodness of Fry Sauce

The magnificence of this condiment cannot be described with words.  Also popular in Idaho and some parts of the Pacific Northwest, fry sauce is a beautiful love potion that marries ketchup and mayonnaise in a precise and delicious ratio.  As a mayo-hater myself, I once was a serious skeptic of the powers of fry sauce.  Now I am a most devout believer and worshiper.

3. What to do in the Face of Chivalry

I learned that I passionately HATE chivalry, despite popular opinion.  Utah is a black hole of chivalrous, well-intentioned idiots.  It is impossible to open a door on your own as a woman.  I think maybe an exceptionally cute and lonely orphan might die or something if you do because that would explain the desperate leap of action that every male assumes when a female is within 10 feet of a door.  But look, the world belongs to everyone so could we all just be chivalrous to each other, regardless of gender?  That way no one will ever have to open their own door ever again on account of honor and respect and all that. 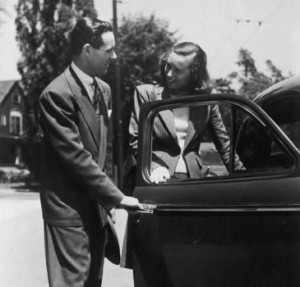 4. How to be a Horrible Driver

A lot of states could claim the title of Most Awful Drivers.  Let me tell you, nowhere can be worse than Utah.  They have serious problems.  Mormons are some of the nicest people I have ever met, but there is a ruthless transformation that happens when you stick them behind the wheel of a car. I quickly learned that it’s not really about traffic laws or speed limits, it’s about what everyone else is doing–80mph in a 65 mph zone, running yellow lights deep into their switch to red, and nearly hitting pedestrians is practically a sport. 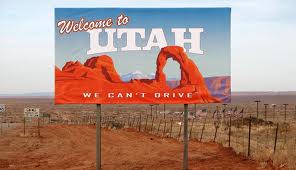 5. How to Survive on Sundays

On the 7th day I was always unsure if the rapture had happened.  I’d wake up to an empty house, I’d go outside to an empty street–the handful of cars obviously belonged to the other sinners.  Then my roommates would come home from church and it was just another Sunday.  All the shops and everything fun that could possibly be closed–the liquor store, the library–were.  Sundays were for grocery shopping, Taco Bell, 7-11, and Netflix.

6. How to Sneak Alcohol 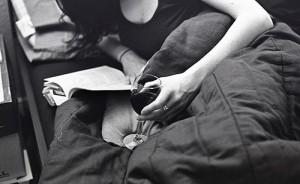 7. How to Navigate the Choppy Waters of Tinder

Oh, how I love Tinder!  I first began my dating app journey in the heart of innocent Utah County.  I was 98% confident of my safety.  It was the 2% oddballs out there (of which I was one) that I had to worry were Ted Bundy sort of characters.  I only went on three Tinder dates, with various levels of success, ranging from Santa snuggie make outs to The Most Boring Night Ever.  No one tried to kill me.

8.  How to Celebrate America on the 4th of July

Utah loves America, and it loves parades.  There were Freedom Festivals for days.  The parade in Provo was a serious event.  People began camping out the day before at 3:00pm.  They actually spent the night in tents on the street, just to establish their prime curb real estate for the next day.  This was followed by hot air balloon festivals, a Carrie Underwood performance, pioneer days, and of course American-themed knitting graffiti. 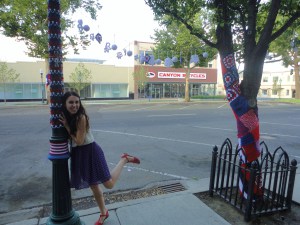 9. No One Cares About My Soul

No one really cares about my salvation because they’re all concerned with their eternal happiness in the form of finding their eternal companion.  It’s not fair to be mad that no one tried to convert me, but God, really?  Is my soul that unsalvageable?? They didn’t even try!