What to Drink When You’re Homesick for Texas

Love it, hate it, or dgaf about it, anyone who has lived in Texas and left will come to miss it every now and then (or all the time). Feeling homesick for Texas usually hits me when I’m at a karaoke bar and some sad soul decides to bust out Friends in Low Places… and if no sad soul is around, I just might volunteer to be said person. If you wish you were in Texas or you’re trying to explain to a person how you can simultaneously love and hate a entire state and it’s people, just put on some Friday Night Lights or King of the Hill and grab a drink.

No matter the season, Shiner has a beer for you to nurse while you peel off the label and let tears pool in your eyes. Come Christmas, I’m willing to spend way too much for a coveted six pack of Shiner Holiday Cheer. Nothing says summertime like Shiner Ruby Redbird, and I’m all too eager to try Shiner Prickly Pear.

Of course there are other Texas beers that can just as easily keep you and your sadness company; see: Lone Star, Karbach, Saint Arnolds… this list gets long because Texans really like beer.

I am a vodka girl. I am, more specifically, a Tito’s vodka girl. I have been known to gift Tito’s to non-Texans as well as to myself. Tito’s is reasonably priced and even it’s label sends little Texas love chills down my spine. Mix it with ice, mix it with soda, mix it with juice… anything will do. It’s smooth and delicious and perfectly Texan. When I’m homesick and drunk, it’s nice to know there’s some Texas in my cup and in my blood.

Also noteworthy and near impossible to find in NYC: Dripping Springs Vodka.

3. Margs, Margs, all kinds of margs

I’m aware that the margarita was not invented in Texas; however, some of my greatest college memories involved margaritas (most during happy hour at Chuy’s with the free nacho bar). There is something about the combination of margaritas, tortilla chips, and gossip that makes me feel as if I’ve been transported to the Lone Star State. So next time you’re pining for Tejas, grab a marg and drink all the sugar calories you need. Your heart will understand.

Two vodkas on this list might be a testament to how badly you need Texas vodka in your life, but it could also be a testament to my serious love of vodka. Deep Eddy’s is doing everything right when it comes to flavored vodka. The Ruby Red grapefruit flavored vodka is definitely too delicious for it’s own good and has been known to get a specific family member a bit too blasted on multiple occasions…. like when she did the worm in her wedding dress. So now you want to try Ruby Red and be in my family. Just know that after you meet them, you’ll miss them every time you drink Deep Eddy Vodka.

If you’re feeling super southern and homesick, you must go for a Deep Eddy Sweet Tea Vodka and lemonade. Definitely a go-to when you cry/sing country songs at karaoke or when you’re looking at people’s bluebonnet pictures and hating them because you’re jealous and they’re also kind of bitches.

I’m not a big whiskey drinker, but Balcones Whiskey is so Texan it goes perfectly with your homesick-ridden, achey, breaky heart. The distillery is in Waco– home of Baylor University, my alma mater; the name Balcones is shared with a summer camp I worked at for a few summers where I met some of my best friends. So basically I’m meant to fill empty shot glasses with tears because the sentimentality of it all is too much for a single human being to endure.

Whether you were born and raised in Texas, called it home for a little bit or a lot bit, or decided to stroll through the massive state at some point in your life; chances are you miss it every now and then. So drink up, shed some tears, and have sex dreams that involve Tim Riggins. 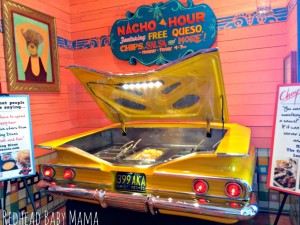 But I really do miss the Chuy’s nacho bar