Posted On November 20, 2014 By Lucy Enright In Internet, Rants

Attention Online Commenters: Instead Of Hating On Our Articles, Go Write One

Rarely would I scroll to the bottom of an article to observe the mindless debauchery that occurs in the comment section. That is, until it was my own. Not too long ago, Thought Catalog published one of my articles, one that received several unwarranted and irrelevant comments. My initial shock wore off almost immediately, as I found them more comical than offensive. Kind of like watching an episode of Southpark, it’s so ridiculous that you can’t help but laugh. 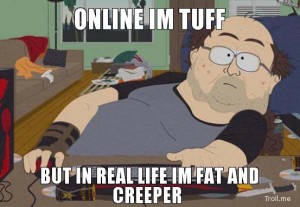 My personal favorite came from a commenter who identified himself as “notafuckingmillenial”, where he actually took the extra step to read my bio and mock my profession, in which he scoffed, “Career in fashion? Or makeup artist. Go back to schlepping drinks and checking twitter you lazy fuck!” Well Mr. Potty Mouth, contrary to your presumption, which I’m guessing was only made based on my bio picture, I have in fact been a slave to the fashion industry for the past four years. And while I’d rank my skills in makeup artistry basic at best, I’m flattered you’ve misread what’s just an excessive amount of mascara as a career in cosmetology.

Despite the lack of shit I gave about the comments on my article, it spiked my curiosity. I found myself browsing the comment sections of other articles, and realized how mild mine was compared to so many others. It’s not like I wasn’t aware of this kind of online behavior before, I just never paid it any mind. We live in a digital age, where freedom of speech and anonymity protect ignorance. I get that.

Here’s what I don’t get: a thread of outlandish comments from the same person attacking a writer for an article that was so obviously intended to make readers laugh, or inspired, or happy, etc. As if there’s not enough negativity in this world as it is. These people are everything that’s wrong with society.

Similarly, there’s always that one commenter who tries to argue an inarguable topic, like 12 Things I learned From My Relationship, or How I Overcame Whatever. The writer is sharing what they learned or what they experienced; it’s not up for debate. 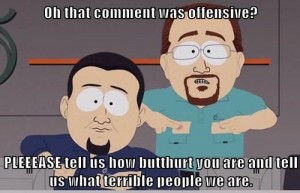 So to all of you tactless commenters, let me just cut to the chase and ask the question we’re all wondering….Why? Why do you do it? What makes you go out of your way to troll through articles that you clearly have no interest in, create an account with a stupid username (concealing your identity, obviously), and disgrace a public forum with irrelevant insults?

It’s evident that you have nothing better to do, and way too much time on your hands. So instead of lurking in the comment sections of our articles, why don’t you sack up and write one of your own? (please note: comments that are the length of articles don’t count). 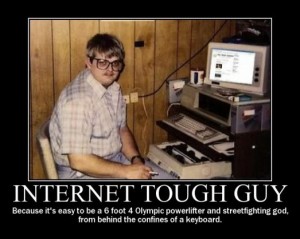 Writers know the risk they’re taking when they put their work out there for the rest of the world to critique, but they do it anyways. They write to express themselves, share their stories, and relate to others. That courage far outweighs any anonymous insults following it.

My challenge to the online trolls of the digital world: stop hiding behind your computer and take a chance, or forever live in the comment section of those who did.