Posted On February 18, 2014 By Ascher Robbins In Advice For Men, Advice For Women, Manzone

Six Things That are NEVER Worth the Money

As we all know, not much these days comes free. Far more things come incredibly expensive. And while the price tag on certain items can be reasonably justified, there exist innumerable products that are simply never worth the cash. The following six things are simply NOT worth ponying up lots of dough for, period. Some of them are quality products but can be replaced with much cheaper alternatives, some of them you have no reason to ever purchase. Just remember, kids: what you WANT and what you NEED are two entirely different things.

Why in God’s name would you EVER spend more than thirty bucks on a handle of unflavored vodka?!? Follow my logic. Unflavored vodka tastes like horse piss. There is no denying this. I don’t care who you are or what a vodka enthusiast you claim to be. You CANNOT tell the difference between a shot of Grey Goose and a shot of Skol. These are facts. I’ve tried this experiment with several alleged vodka aficionados, and I swear, they pick the shit-tier vodka just as frequently as the top-shelf bottle of poison. I mean, sure, spending a little extra cash to get a flavored vodka can be worth it, cause at least those have a discernible difference in taste between brands. But unflavored vodka? IT ALL TASTES THE SAME. And that taste is disgusting anyway. Plus, let’s be honest: surveys show that 79.6% of Grey Goose fans are college girls who are pretending to be classy. They ain’t making fancy martinis, they’re pounding shots. And a shot of vodka tastes emphatically like a shot of vodka…no matter how fancy the bottle is.

Q: What do all these fancy vodka brands have in common?
A: They’re all overpriced, and they all taste like rubbing alcohol watered down with piss.

Here’s another in the booze category that you should NEVER EVER EVER waste your hard-earned dough on: alcohol at the stadium of your favorite professional sports team. I live in Colorado, and as you may know, we have some fantastic microbreweries. You can buy a six-pack of a great-tasting, unique, local brew for about ten bucks. So excuse me if I get a little pissed off when I go to a Broncos game and the concessionaires try to charge me eight bucks for ONE 16oz Bud Fucking Light. No. Not happening. I don’t care about the souvenir plastic cup. Don’t waste your money, guys. That’s what PocketShots are for. Duh.

Ah, sunglasses. So useful: they protect your eyes from harmful UV rays, they prevent headaches that you’d get from squinting all the time without ’em, and they can look stylish and complete your “look” as well. That’s all well and good, especially since you can find sunglasses that possess ALL of those qualities for about ten bucks at Urban Outfitters. Oh, wait…your sunglasses cost more than ten bucks? No…more than 20? 50? TWO HUNDRED DOLLARS!? What are you thinking, guys? Is it really worth ten times your hourly wage (if you have a good job) for sunglasses that say “Oakley” on them? No, no it is not. Not to mention that Oakley shades are uncomfortable as hell, but that’s a different story. Sunglasses are a COLOSSAL waste of cashmoneydollars. They’re susceptible to breaking on the daily; you’d better not drop them or you’ll get a big ugly scratch across the lens, or worse. You’d better not lose them. You’d better not sit on them. You’d better not put them in a pocket with your keys….the list goes on. Me, I don’t worry about my sunglasses. I wreck those fuckers. And you know why? Cause I didn’t waste my money on some designer-brand shades that provide nothing more than their plastic peers except for a fancy logo. Thanks, Urban Outfitters. 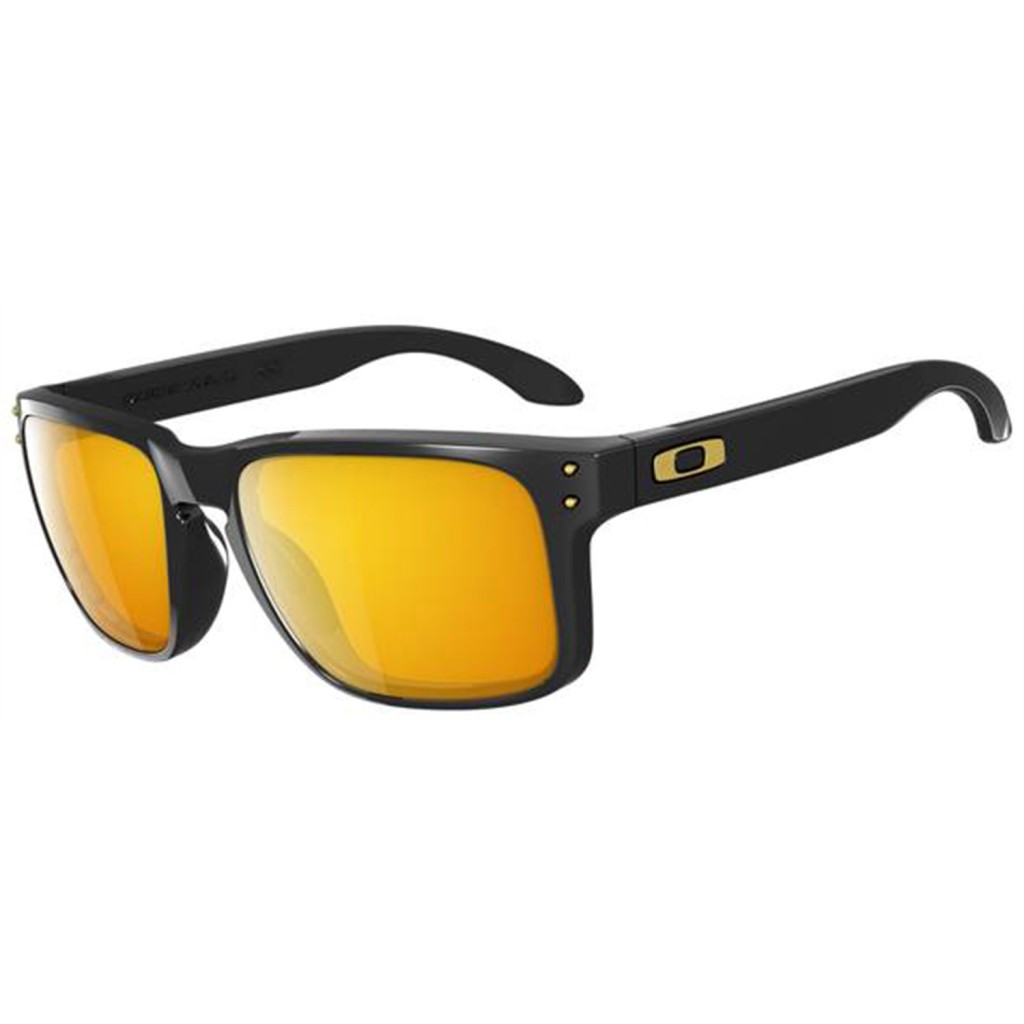 If you want shades with an ‘O’ you’d better subtract a few 0’s from your bank account.

This applies more for women, but plenty of men waste far too much of their paychecks on designer-branded bullshit. These rules apply equally for men and women alike. Need new jeans? Sweet, go to Target and get some Levis or something. If you spend more than $50 on a pair of jeans that probably cost about a buck to make, you should seriously reevaluate your life. Need a new shirt, dudes? Check out H&M, where you can get a trendy new V-neck for $5.99. Need some new sweaters, ladies? A new dress? THINK for a second. I know plenty of women. You all get sick of your clothes in approximately three days anyway. So why on earth would you EVER spend $70 on a top that you’re gonna think you look fat in next week anyway? Less Nordstrom, more Target. Your wallet will thank you. And most importantly, ladies: only other girls give a fuck about the clothes you’re wearing. If a man can tell the designer brand you’re wearing without reading the tag…he might play for the other team. And for guys and girls: Nice clothes don’t get you laid. Nice personalities, charm, and natural looks do that. Ya heard!? 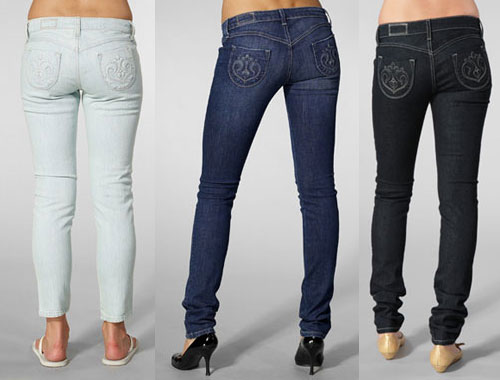 I know, I know. I think Lamborghinis and Ferraris are every bit as badass as the rest of you. I truly do. But that said, unless you’re an eccentric billionaire (read: nobody that’s reading this), there is little justification for buying a sports car. The elite tier of Lambos, Ferraris, Maseratis and so forth are sick as hell, to be certain. But let’s get real: where are you going to drive these things? Unless you live in South Beach 24/7/365, there ain’t a whole lot of places you can drive these babies. “But I could FLY on the freeway!” you say. Only if you love speeding tickets, homie. But then again, if you can afford a Lambo, you could probably pay off the officer anyway…Nonetheless, the appeal isn’t as high as you might think. Are you really gonna trust a valet with your $250k ride? Are you ever gonna leave it in a parking garage? It’s a nightmare, and it makes you the target. Then we have mediocre sports cars; the Corvettes and Mustangs of the world. These rides have a different problem entirely: they’re American made. Sorry guys, but Chevrolet and Ford don’t top the world rankings in car manufacturers. If you’re gonna drop $50k on a Corvette, don’t. Instead get a Lexus GX, or some other car that is actually worth its “luxury” price tag. Sports cars are a colossal waste of money, and generally cause enough stress to offset the fun.

If Ferris Bueller didn’t teach you to avoid sports cars, I don’t know what will.

Yes, I’ve been to my fair share of strip clubs. I am, after all, a dude. And for special occasions, strip clubs are just fine. But as a weekly ritual, or even a few times a month, they’re a fantastic waste of money. Obviously, this one applies more to men, so I’ll break it down for you guys. If you’re a dude, you fall into one of two categories (duh): single or in a relationship. In neither situation are strip clubs on the reg a good idea. If you’re single, WTF ARE YOU DOING, BRO!? Why would you pay money to get blue balls for a few hours, when instead, you could be at the bar next door, chattin’ it up with girls that you ACTUALLY have a chance at sleeping with?! Trust me, titties you earned are ten times better than titties you pay for – it’s just a fact of life. Now, if you’re in a relationship, there’s a whole different set of problems. First of all, your girlfriend will probably not be too happy. Secondly, you’ll be exposed to all sorts of boobies which you CANNOT attempt to conquer because you’re already tied-down. If you’re in a relationship, don’t tempt yourself, man. Don’t do it. In either case, stop wasting your money on girls with daddy issues. 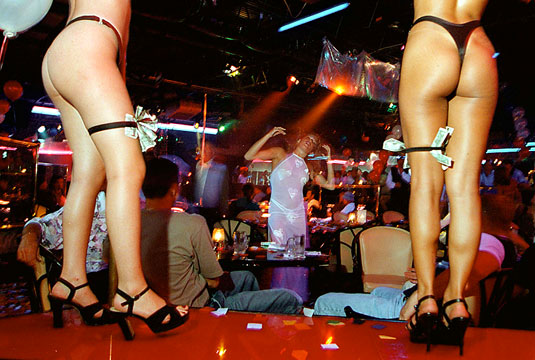