Posted On May 6, 2014 By Staff In Dating For Women, Girlzone, Rants

A while ago I wrote an extremely coherent and intelligently worded post on my personal blog, which later appeared on Betches Love This, about why I hate it when dudes ask me to “come over and watch a movie.” Since then I’ve gotten a lot of shit from guys being all, “I don’t see what the big deal is, I pull that move all the time, it’s great and super effective,” blah blah blah. Okay, so I guess I wasn’t clear enough the first time so I’m coming back at you to rehash the same points hopefully be a bit more persuasive so y’all will STOP PULLING THIS WEAK-ASS BULLSHIT MOVE!

Or at the very least, stop pulling it on me. Idgaf what the rest of the female population does or doesn’t do with their Netflix subscription.

First, a disclaimer: obviously my hatred of this shit isn’t absolute. Like, if and when Lil Wayne and I are dating for a decent amount of time and one night he’s all, “Hey boo I don’t want to go out tonight, how about we just stay in and watch a movie?” I wouldn’t go on an angry rampage and destroy his DVD collection while furiously sending him links to my blog. That would be absurd. Other men to whom this post is not addressed: family members, platonic male friends, movie execs who’re showing me the new project they’re working on that they want me to be a part of…

If you’re a guy and we’ve never hung out before, or maybe I met you in a group like once, don’t fucking ask me to come over and watch a movie as a first meeting. It is plain weak! Again this goes back to the whole “this is clearly a very thinly veiled attempt for you to try to get in my pants” thing that requires literally zero effort on your part. Seriously, where’s the effort? You shoot me a text? You open your front door when I arrive? You turn on your TV and/or computer? You don’t even pick the movie, for God’s sake!   A random guy trying to take me home from a bar puts in more effort than that because at least he has to like, you know, talk to me and at least try to spit some game. It’s like, let me get this straight: I’m supposed to get dressed to look presentable, drive myself to your house, and choose a movie to sit through silently while I try to avoid your hand from entering my danger zone? What kind of backwards world are we living in now, that I’m required to put in all the work to ensure that you get what you want? It would be like if I worked at a bank you were trying to rob, and you demanded I crack open the safe, dump the money into canvas bags, and drive all the canvas bags full of money over to your house and hand-deliver the money to you, while you sat on your couch making lists of all the things you were going to buy with it. Like what the fuck? Am I the only person who thinks this is totally fucked up?

To the guys: of course you like this move. Of course you pull it all the time. Why wouldn’t you? It’s easy, it’s convenient, and it allows you to potentially get some ass without having to put in any work whatsoever. Which is precisely, when I see this move coming, I’m just like: 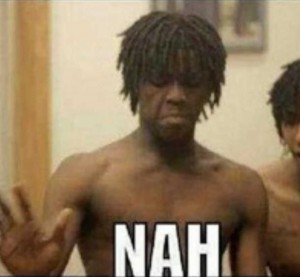