Posted On October 16, 2014 By Lucy Enright In Internet, The Scene

If Facebook users everywhere could just NOT be that guy…that’d be great. 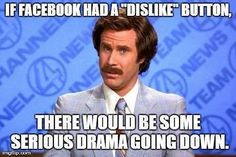 Listen up Candy Crushers, we are all very much aware of the inescapable presence of Candy Crush on Facebook. So if we don’t have it, it’s because we have no interest in playing it, and therefore made a conscious decision not to download it. Maybe you’re a first time offender and didn’t consider the aftermath that could potentially stem from you clicking the “invite all your friends” button. Fine, rookie mistake. But bare in mind, that multiple invites preceding this, will be viewed as a threat and necessary unfriending action will be taken. Play on playa. 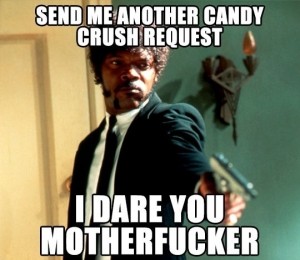 Twitter exists for a reason. A play by play of your painfully uneventful, daily routine is highly unnecessary. “Just woke up”…“Off to the gym”…“Just got back from the gym”… “Making a smoothie.” Thanks for the update, the anticipation was killing us! We were all really concerned how that last hour and a half was gonna pan out.

My god, where do I begin? While guys too are guilty of contributing to this epidemic, girls are by far the worst. ‘Cause what would a selfie be without chuckin’ up the deuces along side that duckface? Not to mention the use of douchey and/or irrelevant hashtags- #IDGAF #girlswho_____(insert any verb here…literally any) #cantstopwontstop #sweatpantshairtiedchillinwithnomakeupon #lovetoallmyhaters #iwokeuplikethis. By the way, calling yourself out in the status of your selfie doesn’t make it ok. If you’re consistently flooding newsfeeds with selfie uploads, or your photo album looks like a selfie collage, consider this your intervention. A couple things come to mind when Facebook users are exposed to this “Kimye”-like behavior:

-The amount of selfies you take is directly related to the amount of free time you have on your hands…way too much.

-Who needs friends when you have you?

-Your definition of #humble and #blessed (as mentioned in your caption) is probably far different from Webster’s. 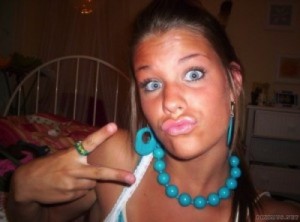 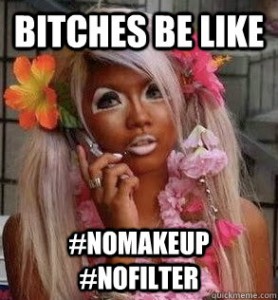 This is a great way to make a bad situation worse. This is what we call a red flag. It leads us to believe that your ex wasn’t the problem, and that you may very well be a psycho. On the upside, you probably won’t have to endure the pain of another breakup since no one will want to date you. Know this, publicly exposing the details of your breakup on social media won’t get you sympathy, so quitcha bitchin.

5. Openly confessing your love to your significant other

You make it way too easy for people to hate you. 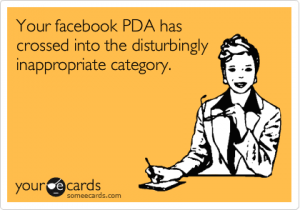 6. Constantly complaining about a relationship you’re never going to end

You can’t help a damsel who loves her distress. So if you’re not going to end the relationship, stop complaining about it. The not-so-subtle quotes and song lyrics you keep posting are a real eye-roller.

The worst part of a nationally televised political speech is the inevitable string of political rants that follows. I’m all for people voicing their opinion, as long as they understand and accept that not everyone is going to agree with it. Unfortunately, this concept doesn’t resonate with radicals. You know, the ones who use Facebook as a digital soapbox to go off on a tangent- typically in a college essay-like format, as expected. I’d imagine these extremists are strangers to Twitter as the 140-character rule probably doesn’t sit well with them. I always scroll down to the comment section to see who’s crazy enough to disagree with these ranters- talk about adding fuel to a fire. Gotta love it though, nothin’ like an online riot to spice up the ol’ newsfeed. 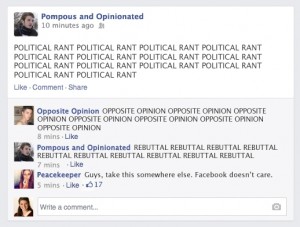