Posted On April 9, 2014 By Shannon Folsom In The Scene, Up For Debate

Dear Millennial Women, Get a Grip

Please note: It is highly recommended that you step off your Pussy Riot pedestal prior to reading this article.

We do not shed all responsibility for our actions the moment we start drinking.

Responsible adults are able to make responsible decisions. “I was SO drunk” is not an excuse. You do not become a victim the moment you suck down your first vodka tonic. Women love to blame men for just about everything that happens during a night out, but let’s be honest—you know your limit and if you decide to get flirty with the cute dude at the end of the bar, that is your choice. Hopefully you have a few nice friends that will be there to pull you away, but no man is at fault for allowing you to stick your tongue down his throat.
Which brings me to my next point…

Men are not out to get us.

So, why do women talk about men like they’re predators? We expect them to buy us drinks, but the moment they do, it’s because they’re trying to get in our pants? Here’s the deal: Men and women drink differently. When men are out in groups, they take turns buying rounds–shots, beers, shots, shots, shots, rum & Cokes, shots—Pretty soon, the group is composed of intoxicated men and wasted women. But guys don’t get you to this point on purpose. Most of the time, they’re just having fun and fail to realize that the girl they brought out with them probably isn’t going to be able to drink like one of the guys.

Don’t act like you’ve fallen victim to someone’s master plan to get you trashed and take off your clothes. After all, it would have been pretty easy to look him in the eyes a few drinks back and say, “I’m fine with water for now.” 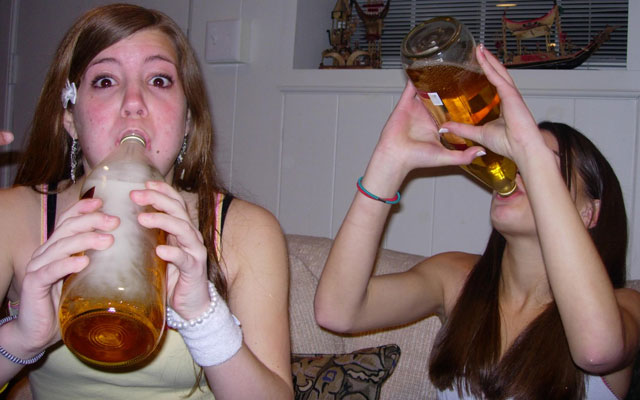 Nobody is forcing you to do this.

Pornography will always be degrading to women, prostitution will always be sad and f*cked up, and flashing your tits in public while chatting about all of the men you’ve hooked up with will always be trashy. Not all consensual sex is good sex, and a woman that has shared her body with flocks of men should be coached on self-esteem building rather than patted on the back and given a “thumbs up.”

Attempting to silence the opposition isn’t a healthy practice.

Discourse is good for everyone, and no matter how ludicrous you believe another person’s viewpoints are, you should acknowledge their right to free speech. A couple months ago, Sandra Korn, a columnist for the Harvard Crimson, made national news when she wrote an article suggesting that the school give up academic freedom in favor of “academic justice.” “If our university community opposes racism, sexism, and heterosexism, why should we put up with research that counters our goals?” Korn asked. Unfortunately, Korn shares that sentiment with many other Millennials, and that, my friends, is infuriating.

Here’s a better plan: Instead of attempting to shut a person down because his or her opinions don’t align with your own, hand them the microphone. If their opinions are completely unfounded, they’ll broadcast their own stupidity. But, if their opinions spark a debate, maybe you’ll both learn a little something.

In fact, you all know where the comment box is, and I’m certain I hold a few unpopular opinions, so here’s your chance—Debate away.