Posted On September 10, 2014 By Lucy Enright In The Scene, Up For Debate

Gen Y Bashers: You Hate Us But You Raised Us

I come across more and more articles everyday about Generation Y as if we’re some kind of plague suffocating innocent civilians with our overinflated egos – thanks a lot mom and dad. The nerve of those parents for giving us encouragement, praise, and positive reinforcement! 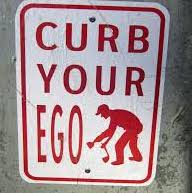 Shout out to all the haters behind the countless articles berating Gen Y (someone’s parents didn’t love them enough). But hey, much like us Gen Y-ers, you’re entitled to your own opinion. And while I can’t say I totally disagree with many of your unoriginal generalizations, at the end of the day that’s really all they are- generalizations, supported by links to boring studies (that no one clicks on) criticizing parents for loving their kids too much. What’s the point of these articles and studies? You can’t turn back time; we’re already here. Though we’ll probably invent something that can since we’re innovative as shit. But seriously, enough with the child rearing/helicopter parent bullshit. So what if our parents praised us and treated us like winners even when we lost? What’s the alternative? Kick us while we’re down? Yea that’s a good idea, ‘cause kids don’t face enough peer pressure and bullying as it is. Lets just shoot their self-esteem to shit now so they don’t develop an ego. You’re gonna shit on parents for being overprotective or giving their kid a trophy just for participating? Meanwhile in FuckedUp City, USA parents are locking their kids in cars during heat waves. Oh right. 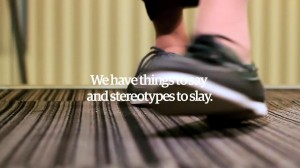 Let me reemphasize that I don’t completely disagree with the generalizations. Sure some of us are lazy, entitled, and want a freaking trophy for doing jack shit. So what!? There were plenty of lazy and entitled people before we got here. No one seemed to give a damn then. I can defend my generation till I’m blue in the face; that’s not what I’m trying to do here. But for once, I’m going to acknowledge the positive traits and contributions of my generation, and (at the risk of sounding like such a Millennial) give credit where credit is due.

Generations are not defined by their attitudes or how coddled we were growing up. They’re defined by how we react to the challenges we’re faced with. So, for the love of God, why all the scrutiny? You criticize this generation, but you raised it. Look at the hand we were dealt. 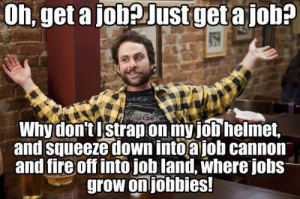 In case you glass-half-empty, anti-Gen Y activists forgot, Millenials graduated into economic disparity drowning in student loans, where we were more likely to get a thousand calls from Sally Mae before ever getting a response to a job application. And contrary to popular belief, we’re not all binge watching Netflix in our parents’ basement. Some of us got up and did shit. We worked shitty retail jobs, and shitty restaurant jobs, and serviced more assholes than decent human beings. And when there were no jobs to be had, we created them- developing smartphone applications, games, and innovative solutions to every day problems (which most of your generation uses- you’re welcome). And when companies wouldn’t hire us, we founded start-ups. And when our fellow Gen Y-ers needed jobs, we hired them. So to stereotype Millenials as lazy is not only a generalization but a far fetched one at that. 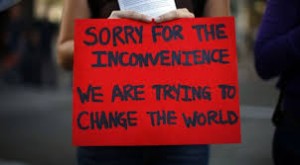 Most of the Gen Y stereotypes are in reference to our attitudes in the workplace. More often than not, we’re criticized for demanding feedback from our superiors and accused of having no respect for authority, and a radical sense of entitlement. First of all, I don’t think anyone’s walking into their bosses office demanding anything. Though I’m sure many millenials much like myself wouldn’t mind the occasional feedback. Ugh, how awful and selfish of us to want such a thing! Of course we cross our fingers and hope it’s positive feedback, who wouldn’t? But that doesn’t mean we’re gonna go occupy Wall Street and tell our boss to kick rocks for giving us constructive criticism. Ever consider that we might actually value our superior’s opinion and want to know if we’re meeting their expectations, instead of just assuming that we’re all looking for a pat on the back? 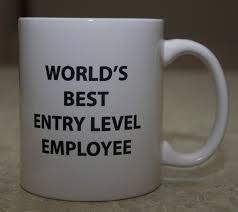 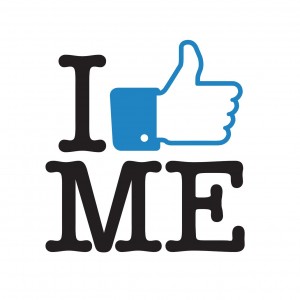 Then you have other critics claiming we’re not willing to work, or we want a 9 to 5 with unlimited vacation days (‘cause YOLO), or that we expect to have our dream job served to us on a silver platter. Um, what’s a 9 to 5? And vacation? What vacation? Companies nowadays make it impossible to disconnect from the office. In fact, some even encourage or require telecommuting. So while it’s safe to assume that half the time we’re on facebook or other social media apps, we’re also answering bullshit protocol emails that couldn’t wait till actual business hours.

All these Gen Y bashers only focus on a percentage of our generation, the alleged lazy and entitled. What about the other percentage? The ambitious and successful. The entrepreneurs, workaholics, leaders, the ones who want nothing more than to make a difference. The twenty-somethings who have sacrificed what’s left of their social life because they want so badly to be successful. The ones who would rather work for a cause than a better income. The ones who took the shitty hand they were dealt and played it well. Those are millenials.