Posted On April 18, 2014 By Renée Rapin In Buzzworthy, The Scene

Okay so this story is mostly depressing, but after reading into the facts more I’m thinking there’s something very strange going on here. A woman in Utah has been accused of killing six of her own babies and storing the bodies in boxes in her garage. 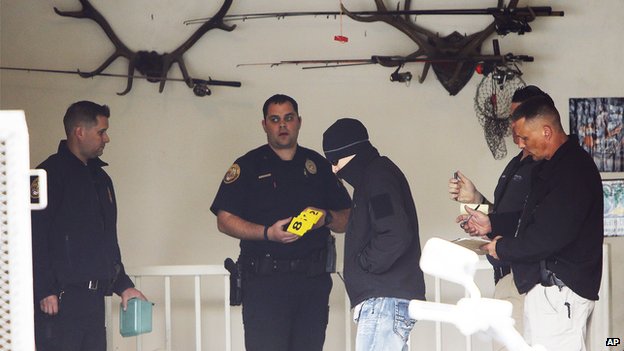 That garage is plenty creepy without the dead babies.

Megan Huntsman admitted to strangling and suffocating the children immediately after their births. So all of that is completely disgusting and wrong but here’s the really weird WTF part that got me. Huntsman’s husband had no idea she had given birth to six children throughout the years of 1996-2006. Even better, Ms. Huntsman has three daughters, a teenager and two adult children living at the home with her and they were absolutely clueless about her pregnancies. They never noticed anything suspicious. HOW DO YOU NOT NOTICE A WOMAN GETTING PREGNANT SIX TIMES!??

There is definitely something going on here. Hopefully more news will be released… 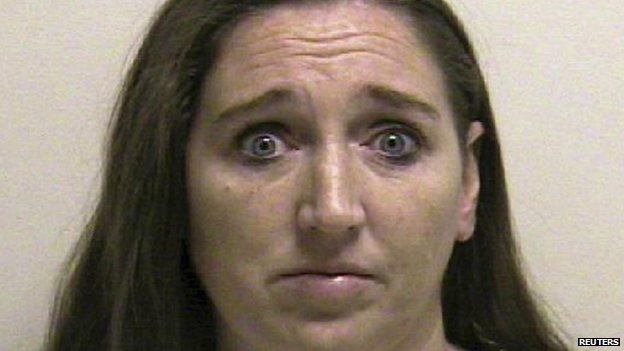 Does SHE even know she was pregnant 6 times?!

We all know teenagers do some pretty dumb shit. But this just tops everything. Dozens of teenagers have been tweeting bomb threats to American Airlines. Why? Because in their twisted minds it’s hilarious. It started with one teenager, “Sarah” who tweeted a threat to the airlines and later claimed it was all a joke. However, she was reported, tracked via her IP address, and arrested. You’d think this would deter kids from future bomb threats. Nope. Over a dozen teenagers thought this was quite funny and tweeted similar threats shortly after.

@AmericanAir the bomb goes of in 3 hours

@AmericanAir You really seem to not care that i’m about to bomb your plane that’s headed to Paris. Btw, my name is Ahmed.

@SouthwestAir @WesleyWalrus is gonna bomb your next few flights

@Politie_Rdam @YourAnonCentral @AmericanAir release her or I’ll bomb your HQ. you gonna arrest me now?

@AmericanAir Hello Am From Iraq i Want 1Million Or I Will Plan A Bomb To Your Next Flight To Paris !! Bye Bye America ”

@AmericanAir Hello, I’m eduardo. ago a couple of weeks were warned, i´m ignored. you will pay the consequences. Bomb! HAHAHAHA

@AmericanAir hello my name is Ibrahim I think you guys are the BOMB!!!!!!

.@SouthwestAir I bake really good pies and my friends call me ″the bomb” am I still allowed to fly?

So you get the point. These kids are idiots. WTF is wrong with you and where are your parents, children? This just makes me terrified for the future. The media is calling these teens anywhere from trolling psychopaths to sadists to social media attention-whores. Come on world, I know you’re better than this. ^Those are probably the best four words I’ve seen in a sentence lately. There are so many great details to this story I almost can’t handle it.

I’m so FREAKING in love with this news!

In Pennsylvania, a male police officer has been dressing as an Amish woman with hopes to catch a man supposedly flashing his manly parts to Amish children. The Amish community did not want their children testifying in court so they lent bonnets, aprons, and dresses to the police man. So lots of questions already. One, what was it like when the officer’s boss assigned him this job?  Two, or did the officer offer to take this case? Three, does he dress in drag on the reg? Four, will his fellow police officers ever let him forget this event?

The officer released a statement, “Sometimes being a police officer means going undercover and doing what you have to do to catch the bad guy.” There is a suspect in custody but currently no evidence to connect him with these crimes. Guess the officer will just have to continue living in a Amish paradise.