Posted On April 10, 2014 By Hilary Fitzgerald In Buzzworthy, The Scene

EnterViews is Hilary’s weekly series of interviews with emerging artists via various forms of digital communication.

Jessica Lee Williamson is a writer, storyteller, and performer, born and raised in a small town in Maryland, now residing in the hustle, bustle, and heat of Los Angeles.

You might know Jessica if you ever saw the “Cat Found” flyer around LA – which featured a possum – or if you listen to KCRW, NPR‘s Southern California station. I first met Jessica when I began volunteering at the Moth last summer. At my second StorySlam in Silver Lake her name was drawn from the famous Moth tote bag and Jessica took the stage. She won that night.

Whether you’re watching her from the audience or listening to her voice over the radio, her presence is palpable. Not only is she funny, she knows how to hold a crowd at the edge of their seats.  Her voice, diction, and delivery is unlike most storytellers you hear at these open mics—those who try to fit lengthy anecdotes into a 5 minute period, talking quickly, looking for laughs—but Jessica takes her time. She pauses. You hear every word clearly and know she chose it with great reason. Which is probably why she is now a Moth GrandSlam Winner and has toured with their Mainstage events; she’s captivating.

Jessica has been featured on KCRW’S Strangers and UnFictional, as well as The Moth Radio Hour, BackFence PDX and The Incident Report. This week she took the time to answer a slew of my questions. The following is the result of Facebook Chats and emails. 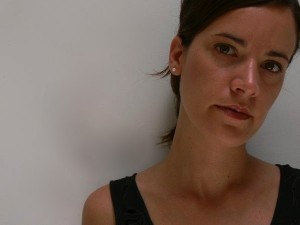 Hilary Fitzgerald (HF):What was the first story you ever wrote down on paper?
Jessica Lee Williamson (JLW):It was a fictional piece about a chicken and a worm who were best friends. I wrote it when I was in elementary school.

HF: First you told to an audience?
JLW: It was a story about being a cook in Yellowstone National Park.

HF: When you moved to LA, what were your plans? Was it what you expected?
JLW: My plans were to get a job as a PA and work somewhere in production. I lived in a hostel on Hollywood Boulevard for a month when I first got here. Comedians would go there to try out new bits and that was the first time I thought maybe I could do something like that.  I think  somewhere deep down I always had the desire to write and perform, but was afraid that I wasn’t good enough. I’m still afraid and it’s harder than I thought it would be, but also much more rewarding.

HF: How many different side jobs have you had? Any favorites?
JLW: I don’t think I could count. Waitress, telemarketer, celebrity personal assistant… My first job in LA was at a pizza place. I got paid $4 an hour plus tips. I worked at a grocery store and as a receptionist at a place that taught rich ladies how to pole dance. Do I have any favorites? Maybe each one is a favorite in it’s own special way. They were all soul crushing in their own special way too.

HF: How long does it (typically) take you to write a story?
JLW: To write a first draft, 10-15 hours over the course of a few days. But I’m always tweaking them and trying to make them better. So I guess you could say forever.

HF: I know you are a frequent Moth Storyteller and a GrandSlam winner. When did you start telling stories there? How long was it until you won a Slam?
JLW: I started telling stories at The Moth two and a half years ago.  I think I did it three or four times before I won a slam.


HF: As a fellow lazy person, how do you like living in LA? I find it difficult to convince myself to even leave the house and often wonder if LA is really conducive to creativity.
JLW: I love, love, love living in LA. It is the first place I’ve ever lived that felt like home. Is it hard for me to leave the house? Yes it is. But the moment I do I am surrounded by seekers and dreamers, and beautiful weather – all of which I find very conducive to creativity. It’s just a matter of getting out my front door.

HF: Do you find yourself looking for a story, every day, or do you feel these situations, like the Astro Burger, are just always happening to you?
JLW: I do look for them, but most days I don’t find them. Sometimes I don’t realize a story is happening. I might find myself thinking about a moment or an event months or years later and realize that it would make a good one.

HF: Any new Storytelling shows/podcasts in LA people should know about?
JLW: I love Radio Picture Show at The Virgil. They ask the storytellers to incorporate  music and pictures into their stories. It allows for a lot of creativity and I am always surprised by the things the guests come up with. The hosts, Lauren Cook and Shauna McGarry, are top notch. Marion Hodges, a KCRW DJ, provides the tunes and there is a dance party afterwards.

HF: Is storytelling an ultimate goal for you, or do you have other endeavors?
JLW: Writing and performing are the ultimate goals for me. It could be television, radio, stand up comedy or books. At the end of the day they are just different types of storytelling. I find value and beauty in all of them.

HF: Cats vs. Dogs. Go.
JLW: Dogs. They are one of the best things that ever happened to me. But cats are good too. 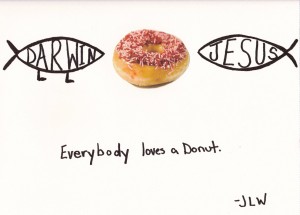